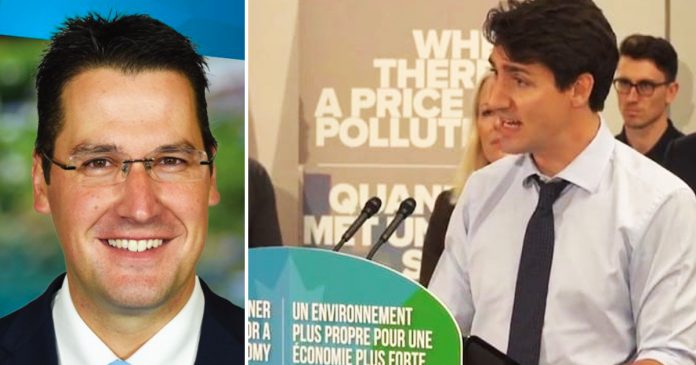 Minister for International Development and the Pacific Zed Seselja held up Canada’s 0.1% reduction in carbon emissions and other countries’ abysmal records in reducing pollution when asked how his government’s “technology-not-taxes approach” was performing.

“When we compare our effort, our 19% reduction since 2005, with New Zealand on 1% and with a 0.1% reduction in Canada, this is something we should all be celebrating. We have overachieved on our target by 639 million tonnes. Our emissions fell faster than in Canada, New Zealand, Japan and the United States, and were more than double the OECD average,” Seselja said.

In 2014, Australia’s former prime minister Tony Abbott repealed the country’s own version of a carbon tax after making it a central promise in his election platform.

While having no carbon tax, Australia has considerably outperformed Canada in reducing carbon emissions nationwide.

Recent figures show that over a period of 12 months to September 2020, Australia was able to reduce greenhouse emissions by 23.3 million tonnes in comparison to the year prior. The latest numbers put Australia’s emission 19% below what they were in 2005.

In comparison, Canada, which has a nation-wide federal carbon levy, missed its emission targets by 99.2% in 2020 by emitting 730 million tonnes of greenhouse gases instead of its target 606 million tonnes.

True North reached out to Canada’s Minister of Environment Jonathan Wilkinson for comment but did not hear back in time for publication.

Critics of Trudeau’s environmental policies have accused the Liberal government of not addressing the root problems at the heart of climate change and unnecessarily burdening taxpayers with additional taxes instead of targeting big emitters.

A new study by the Fraser Institute estimated that the government’s $170-per-tonne carbon tax which is to be phased in over the next decade, will cost Canadians $24 billion a year by the year 2030.

“A key finding of this analysis is that introducing the carbon tax will cause rather pronounced reductions in revenues elsewhere in the tax system, such that the government will not be able to refund household carbon-tax payments to the extent it has promised without going into deficit,” wrote study authors, University of Guelph Professor of Economics Ross McKitrick and Associate Director of Natural Resource Studies at the Fraser Institute Elmira Aliakbari.

“The net increase in government revenue will only cover about 20% of the carbon taxes on final demand. If the government intends to rebate 90% of the revenue and use 10% to increase spending elsewhere, it will add about $24 billion annually to the consolidated government deficit.”