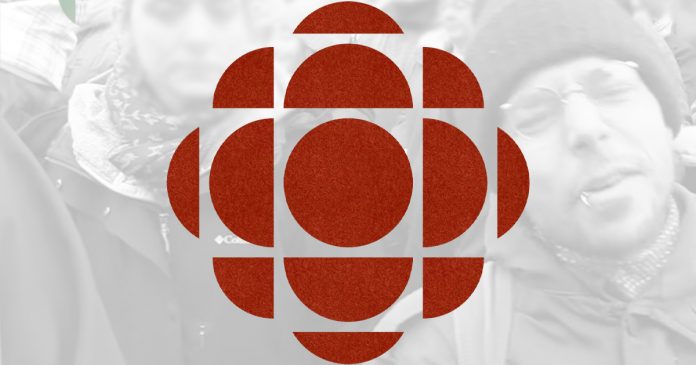 CBC is claiming that it was not aware of an Edmonton man’s past assault of a female journalist before it published a feature on the man’s business earlier this week.

The Radio-Canada story which went up on March 13 and was subsequently translated into English on March 14 for CBC News, largely concentrated on the guitar-crafting business of a man named Dion James.

James, who is also known by his aliases Dion Bews and James Dion Bews, was implicated in an assault and battery lawsuit after he attacked Rebel News reporter Sheila Gunn Reid at a Women’s March on January 21, 2017 in Edmonton, Alberta.

According to a 2018 court ruling on the matter, James pleaded guilty at the time to knowingly uttering a threat to cause damage to property and was sentenced to serve 30 hours of community service.

“To seek to curtail the media’s right to report and opine on the event, such as the Defendant Bews did here, was unacceptable and his resort to physical violence against a member of the media qualifies as ‘high handed, malicious,arbitrary, or highly reprehensible misconduct that departs to a marked degree from ordinary standards of decent behaviour’,” wrote Chief Judge G.W. Sharek.

James was also required to pay a total of $3,500 in personal injuries and punitive damages to Gunn Reid as a result of the incident.

Gunn Reid told True North that she was not surprised by the report on her attacker and that CBC has a track record of mistreating conservative women.

“I can only speculate about why CBC chose to highlight this individual as some sort of entrepreneurial success story during the pandemic when there are other, less violent entrepreneurs they could have showcased with their cheap advertorial cloaked as news. But at the end of the day it comes down to politics. I have the wrong kind of politics. Bews has the right kind. He’s a left-wing male feminist,” said Gunn Reid.

“I was vilified by the mainstream media as somehow instigating my assault by Bews at the time, and Bews is now championed by the same state broadcaster that had a war room to deal with Jian Ghomeshi’s problems with women. Given how CBC has treated conservative women, from Sarah Palin to Leslyn Lewis, I’m not surprised at all by CBC’s article which closed with a quote from Bews that read ‘It’s the best life I could have imagined.’”

True North reached out to CBC for comment and was informed that both the author of the article Axel Tardieu and the editor overseeing the article were unaware of the connection before the article went into print.

“While we can confirm Dion Bews is the same individual as Dion James, we were not aware of this at the time we did the feature on him,” said CBC’s Head of Public Affairs Chuck Thompson.

“By way of background, one of our Radio-Canada colleagues, Axel Tardieu, in Edmonton was listening to a podcast that was all about record guitar sales in the pandemic, and then wondered if there was a guitar handcrafter in Alberta. Some research led him to Dion James and Axel thought it would make for a great story.”

According to Thompson, other guitar makers also knew the individual in question by his aliases and not his real name.

“CBC / Radio-Canada takes the on-going issue of harassment and violence towards journalists very seriously and we do everything possible to ensure the safety of our own,” wrote Thompson.