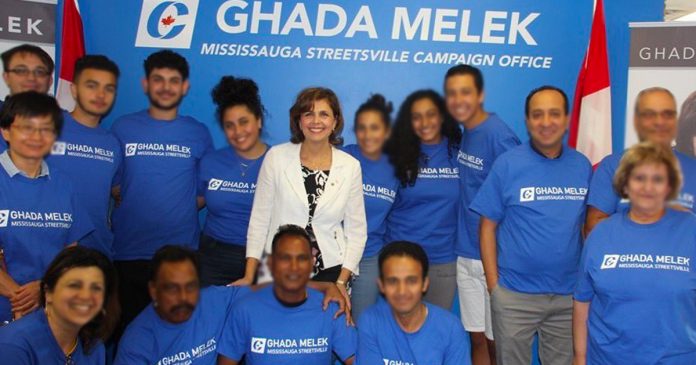 The Ontario Superior Court of Justice intervened on behalf of a candidate running for the Conservative Party of Canada’s National Council earlier this week after the party refused to certify her candidacy ahead of the party’s national convention.

According to the ruling on the matter, a returning officer with the Conservative Party refused to certify the candidacy of long-time party operative Ghada Melek despite the fact that she met all of the eligibility criteria set out by the party’s rules. In response, lawyers representing Melek sought an urgent intervention from the court.

“The respondents violated their own rules by refusing to certify the applicant as a National Council candidate. In my view, the only fair and appropriate remedy is to set aside the returning officer’s refusal decision of March 7, 2021 and direct that the applicant’s name be added immediately to the National Council election ballot,” wrote Justice Edward P. Belobaba in his decision.

True North spoke to Melek’s lawyer Asher Honickman to ask what implications the ruling would have for transparency and abuse of power within the party.

“[It] sends a message to parties like the Conservative Party and any other unincorporated associations to say that look where you have a contract or where you have a constitution and rules, keep in mind that even if you give yourself discretion you still need to make sure that you’re exercising that discretion with a modicum of fairness and impartiality,” said Honickman.

At the root of the Conservative Party’s resistance to having Melek as a candidate were past social media posts Melek made in 2012 which were described as disparaging of Muslims.

In 2019, Melek ran as a Conservative candidate for the federal election in her home riding of Mississauga-Streetsville. When her controversial social media posts were exposed, former Conservative Party leader Andrew Scheer had defended Melek.

Despite Melek’s past apologies and her federal candidacy, the returning officer claimed that due to her past comments her views appeared to not align with the party’s principles.

“It appears that Ms. Melek complied fully with each of the five listed requirements. She lives in Ontario, she is a duly qualified Convention “delegate” because of her previous candidacy in the federal election, she paid the $500 deposit, filed the requisite 50 supporting signatures and signed the required affirmation. Nonetheless, the returning officer refused to certify her as a candidate for the National Council election,” claimed Justice Belobaba.

True North had reached out to the Conservative Party for a response on the decision to have Melek affirmed as a candidate.

“While we disagree with this decision from the court and stand by the Returning Officer’s judgment to use his discretion to disallow a potential candidate who has had outrageous and inflammatory statements that are clearly against our party’s values, the court is forcing us to put this individual on our ballot and the membership will decide,” said CPC Director of Communications Cory Hann.

The rare intervention into internal party politics by the court hinged on the contractual obligations the Conservatives had set out for themselves and the fact that the party had breached its contract in this case.

“I am satisfied the CPC’s National Council election rules passed pursuant to its Constitution constitute a contract setting out the rights and obligations of the CPC and the applicant. I am further satisfied that the alleged breach of the rules is sufficiently “significant” to merit judicial intervention,” wrote Justice Belobaba.