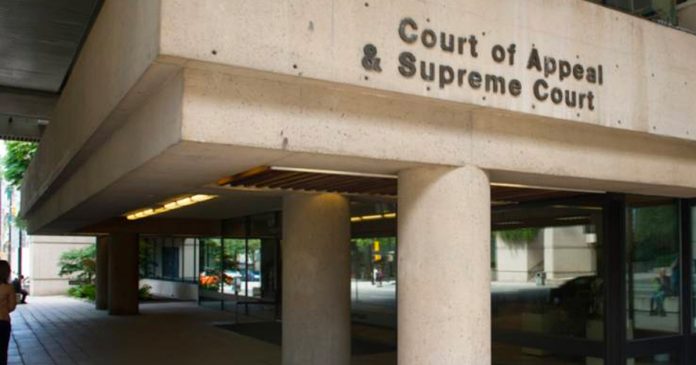 A father who repeatedly spoke out against his transgendered child’s hormone treatment contrary to a publication ban was ordered on Friday by the BC Supreme Court to remain in prison until he’s tried over criminal contempt charges next month.

On March 16, the father, who is known as “CD” in the “AB V CD & EF” trial, was arrested on a warrant after the BC Prosecution Service decided to pursue a criminal contempt charge against the accused. “AB” in this case is the transgendered child in question.

The maximum sentence for the charge is up to five years in prison. CD is expected to return to court at 2 pm on April 12, 2021.

Since at least 2019, CD has attempted to intervene in the court’s decision to allow his female-born child, AB, to consent to testosterone treatment in order to transition into a transgendered male.

According to CD, his opposition to the transition is rooted in concerns about AB’s well-being and the permanent physiological effects gender transitioning could cause.

Prior to the bail hearing, the lawyer representing CD, Carey Linde, argued that because CD’s Charter rights were violated prior to the trial, the court ordered warrant was void and the accused should be immediately released.

“CD says by arresting him for criminal contempt, putting him in jail, when it could have proceeded by notice of application as previously done, Attorney General David Eby is persecuting him plain and simple,” wrote Linde in a statement issued Monday morning.

During the hearing, Justice Michael Tammen dismissed the defence’s arguments.

Earlier this week, the Justice Centre for Constitutional Freedoms (JCCF) spoke out against the arrest saying that they had “grave concerns” about the case’s implication.

“We have ongoing grave concerns about the state’s imposition of ideology and gender orthodoxy in this case and others like it to override parental rights and freedom of expression, and concerned and dissenting medical opinions,” JCCF litigation director Jay Cameron told True North.

“Anytime the state attempts to become the enforcer of ideology or dogma it asserts infallibility and overturns the marketplace of ideas and the constitutional rights of Canadians. That is not the proper role of the state. Oppression is always sure to follow.”

Eco-protesters cut down 18 trees to prevent logging of Fairy Creek...