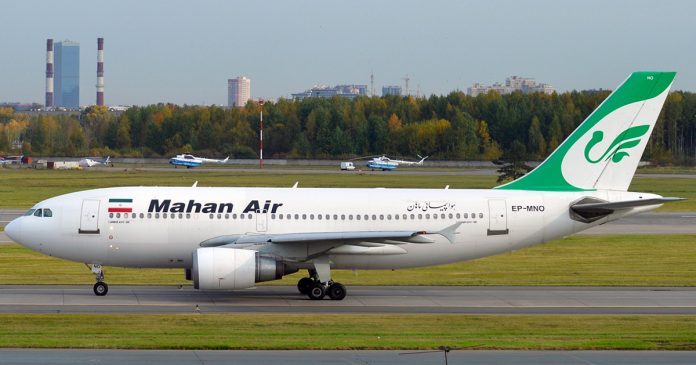 A Dubai man will be facing an extradition hearing next month after he was arrested in 2019 for allegedly “providing service to terrorist organizations,” Global News reports.

Seyed Abood Sari was detained by Canadian authorities on January 17, 2019 at the Vancouver International Airport based on a past history of being sanctioned for allegedly trafficking firearms and personnel for Iran’s Islamic Revolutionary Guard (IRG).

Sari is wanted by the FBI for being an alleged “principal player” in helping the Iranian Mahan Air to bypass sanctions using front companies.

According to authorities, when questioned about his involvement, Sari claimed that he “needed the money” and “did not care what they were doing.”

“In particular, Mr. Sari is sought for extradition on the basis that he made misrepresentations to U.S. financial institutions to cause them to unwittingly conduct international U.S. dollar transfers on behalf of Mahan Air,” according to the B.C. Supreme Court.

Sari is expected to appear before the province’s Supreme Court on April 14.

“Mr. Sari is being afforded a fair process before the British Columbia Supreme Court in accordance with extradition law and our treaty with the United States,” Department of Justice spokesperson Ian McLeod told Global News.

Sari is also being charged for allegedly being a general manager at Mahan Air in Dubai, however, the accused denies the allegation.

In 2011, the US Treasury sanctioned the airline for flying IRG Quds force operatives “to and from Iran and Syria for military training.”

“Business and financial records sent to or from email accounts used by Mr. Sari and other Mahan Air officers show that a major responsibility of the Mahan Air’s Dubai Office is to make international payments to Mahan Air’s suppliers and service providers,” an RCMP affidavit writes.

“Mahan Air’s international payments were made using other companies established in the UAE, Turkey, Russia and elsewhere that had no apparent connection to Mahan Air, to fraudulently conceal from banks the fact that the payments violated the sanctions and the banks’ compliance policies.”

According to Sari, he was never employed by Mahan Air but instead was an employee of a Dubai travel agency, Jahan Destination Travel and Tourism, a company that also was sanctioned by the US government in December 2019.

Sari claims that he only played “limited functions” in the transactions in question and he is also alleging that Canadian Border Services Officials committed an abuse of process when they searched his electronic devices and interviewed him.

“He contends that the CBSA officers, in the guise of assessing his admissibility to Canada, were really conducting an investigation for their U.S. counterparts regarding a charge of fraud of which he was unaware,” court documents claim.