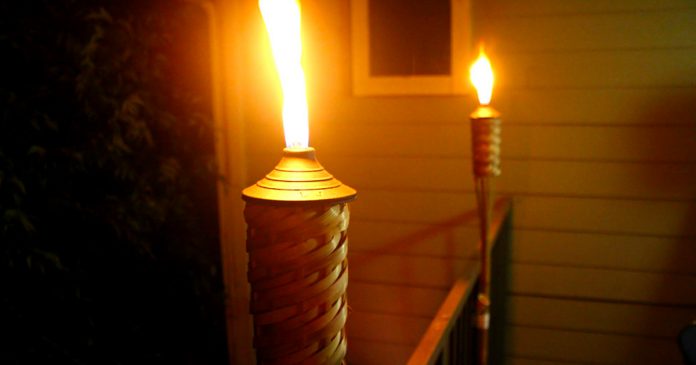 An Alberta NDP MLA will be putting forward a motion on Monday asking the Alberta government to denounce tiki torches as symbols of white supremacy.

In a statement, NDP MLA Thomas Dang said that the use of tiki torches in multiple protests held in Alberta recently is an example of blatant racism.

“These groups with tiki torches, these individuals brandishing Confederate flags are deliberately attempting to spread hate and racism in our communities,” Dang said.

“This is wrong. We have heard overwhelmingly from Albertans that there is no place for hate in our community.”

According to the NDP, tiki torches have become a symbol of far-right extremism since they were used at a 2017 white supremacist rally in Charlottesville, Virginia.

Tiki torches, an inexpensive and accessible light source, have been seen at multiple anti-lockdown protests in Alberta in recent weeks. The demonstrations in question have been focused on opposing public health restrictions.

While the motion asks to condemn all “symbols and insignia associated with racism and hate speech,” only tiki torches are named as an example of an offensive symbol. The NDP want tiki torches to be banned from public spaces.

While the NDP wants the protesters and their tiki torches condemned as white supremacists, law enforcement does not think white supremacy has been a factor.

Earlier in March, Edmonton Police Services Chief Dale McFee said police do not have evidence tiki torches were being used as a symbol of hate in Alberta.

“We don’t have that evidence,” McFee said.

“Just because somebody says it’s a racist rally or they’re using something, you still have to have intent under the criminal code.”

McFee noted that members of the hate crimes unit were at the protests and did not see any criminal hate happening. When asked, protesters holding tiki torches did not have a particular reason for choosing that item.