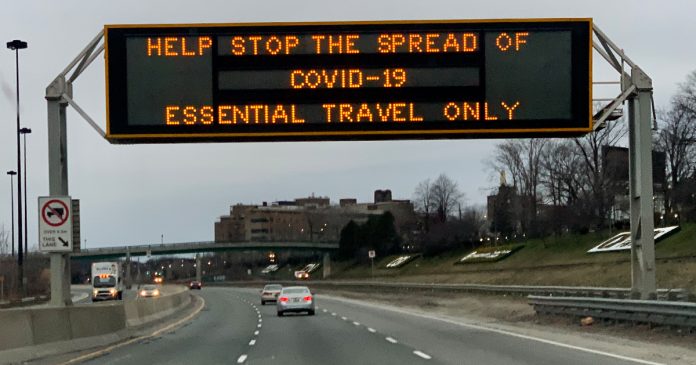 It has been over a year now since COVID-19 began to wreak havoc on our society.

Remember, we were originally told to stay home for 14 days to “flatten the curve.”

The curve described the number of critical care patients in our hospital system, which we were told was at risk of being overrun because of COVID-19. Our under-funded government-managed system simply couldn’t handle the predicted worst case scenario influx, and so, we all stayed inside for the “greater good.”

Well, those two weeks have turned into 52 weeks and counting and, in that time, we’ve witnessed a remarkable transformation of our society.

In early 2020, no one would have believed that the government would soon be confining people to their homes, forcing businesses to shut down, causing record unemployment, tanking the economy, and racking up hundreds of billions in new debt in the coming year.

No one could imagine closing the border with our biggest trading partner, or banning flights to warm locations during a bitter cold winter.

No one predicted government busybodies issuing fines to families in parks and adults exercising outside.

No one foresaw Canadians being detained, held against their will without access to a lawyer, for the crime of crossing the border to come back home.

No one would believe that there would be a crackdown on religious services or that journalists would play cover for some of the most overbearing and freedom-restricting policies in Canadian history (okay, that last one was predictable, but I digress.)

No one would imagine citizens turning on one another, snitching on their neighbours for “breaking curfew” (COVID-19 is apparently more deadly at night) or inviting one too many guests over for Sunday dinner.

And no one would have predicted that surgeries would be cancelled, patients would be turned away, suicide and drug overdoses would surge and Canadians would be dying, not just because of the disease causing this mayhem, but because of our government’s overzealous reaction to it.

No one would have believed that any of that was possible.

And yet, here we are. And in Ontario, we’re being told to brace for another COVID-19 wave and yet another lockdown. But why? It’s no longer to “flatten the curve.” Our hospitals were never overrun, the doomsday scenarios never played out.

This time, we’re given a much less convincing and more generic line of reasoning: we have to stay home to save lives. But whose lives are we saving and whose are we destroying?

There’s no question that COVID-19 poses a serious health risk, but we’ve also learned so much since March of last year. We now know how the virus spreads and we know how to keep the most vulnerable safe.

It’s time to shift the focus of our discussion towards an exit strategy, a way out of this healthocracy that is destroying our society.

We need to talk about the unintended consequences of our reaction to COVID-19, and perhaps we should start with the erosion of democratic values.

Canada increasingly feels like a health dictatorship guided by unelected health technocrats. Our leaders now routinely abdicate responsibility by leaning on so-called public health experts to guide their policy — which are often based on a singular focus on COVID-19 while ignoring other important aspects like mental health and access to care.

Furthermore, we need to remind our leaders that Canada is a country founded on fundamental freedoms. Conservative politicians talk a good game about protecting our freedom, while Liberals claim to be the party of the Charter of Rights and Freedoms.

And yet, not only have politicians of both stripes abandoned any notion of protecting basic freedoms, Canadians for the most part have gone along with it.

COVID-19 poses a serious threat, but so do lockdowns. And for so many Canadians, the cure is worse than the disease.