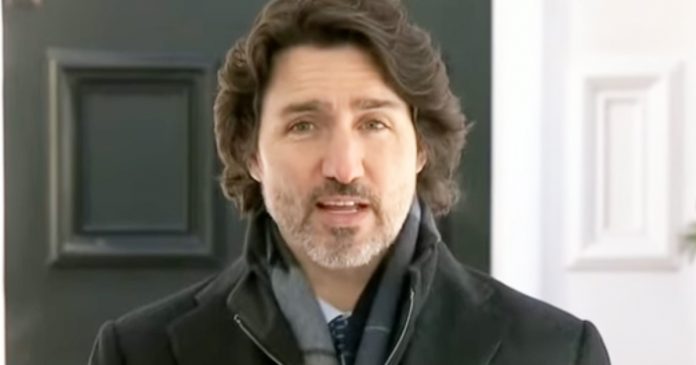 Prime Minister Justin Trudeau said that he would not have closed Canada’s borders any sooner if given another chance to do so.

During an interview on SiriusXM’s Canada Talks Wednesday, Trudeau told host Peter Mansbridge he wished he had handled some things in the early days of the pandemic differently, but when he closed the border wasn’t one of them.

“When you look back now, are there things you wish you would have done sooner?” Mandbridge asked Trudeau.

“Sure, I wish we stocked up on PPE to a much greater degree as soon as we saw things coming. I wish we would have known to fully check all the stockpiles and see whether everything was up where it needed to be and whether we had the ability to handle a mass respiratory pandemic across the country in our hospitals,” Trudeau replied.

“What about closing borders? Would you have closed those earlier, do you think?” said Manbridge.

“No, you know that’s one that’s really easy to look back on and say ‘Okay, yeah, if we just sealed the country completely it would have been a totally different spring,’” Trudeau said “That’s not true because the cases we got that kicked off the first wave weren’t tourists from China, it was Canadians coming home from Florida, from Europe from spring break in early March that brought the pandemic with them.”

“We didn’t know, they didn’t know, but there is no circumstance in which I could have said to those Canadians that you’re gonna have to stay in the United States because there’s a pandemic going on.”

Trudeau then went on to criticize former US president Donald Trump’s early actions to clamp down on international travel in his own country, suggesting swift border closures worsened the pandemic’s effect in the United States.

“The counter-example – seeing the US that brought in much more travel restrictions very quickly ended up having a much worse pandemic in the beginning than we did and then sort of went on to face other challenges,” said Trudeau.

During the government’s early response to the pandemic, Health Minister Patty Hajdu maintained that border closures were ineffective before reversing course a few days later.

“Canadians think we can stop this at the border. But what we see is a global pandemic, which means that border measures are highly ineffective and, in some cases, can create harm. We see that in countries that had the worst expressions, the tightest borders,” said Hajdu on Mar. 13, 2020.

On several fronts, Canada trailed behind the US in its early pandemic response, including issuing travel warnings to Wuhan, China, implementing public health screenings and implementing travel restrictions.