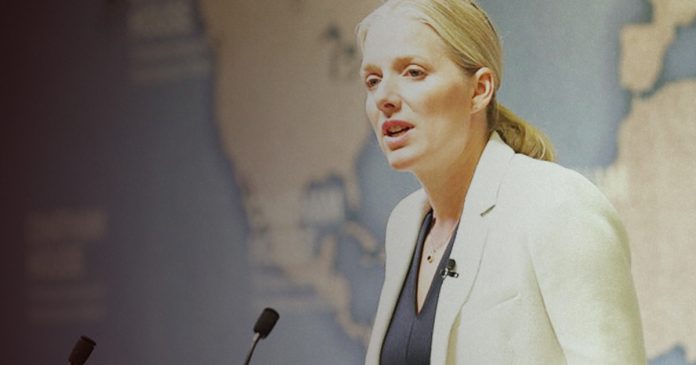 Following the Supreme Court of Canada’s decision to uphold the federal carbon tax, Liberal Minister of Infrastructure and Communities Catherine McKenna falsely claimed on Twitter that a number of groups, including farmers, “supported pricing pollution.”

In her tweet, McKenna gave the erroneous impression that the federal levy had the support of a large swathe of society including interest groups such as farmers, Indigenous groups and economists, which have traditionally held diverse and dissenting opinions with regard to pricing pollution.

Since the government first announced their carbon tax, a number of individual farmers and farmers groups have denounced the federal levy.

In 2019, the Western Canadian Wheat Growers Association (WCWGA) issued a condemnation of the carbon tax claiming that farmers would “bear the cost of this tax, shrinking our margins even further.”

“(WCWGA) believes that the coalition opposing the federal carbon tax is the right and necessary step. For example, Saskatchewan grain is sold into the global market and the imposition of a carbon tax makes our grain less competitive. A federal carbon tax will hurt farmers,” they wrote in a statement on the matter.

Even several years prior to the federal government’s imposition of the Greenhouse Gas Pollution Pricing Act in 2018, the Agricultural Producers Association of Saskatchewan (APAS) also condemned the tax as being harmful for Canada’s farmers.

“The Agricultural Producers Association of Saskatchewan is categorically opposed to the federal imposition of a carbon tax on agricultural producers,” said APAS President Norm Hall today.

“Federal decision makers must understand that farmers cannot pass along increased costs from carbon taxes on our inputs to our customers, we just don’t setour prices.Agricultural is a low margin business and raising the price of our inputs simply reduces our margins and makes our farms less viable, without reducing carbon emissions.”

McKenna’s vague language also serves to lump together Indigenous groups as a token identity, effectively ignoring a significant number of First Nations people who have spoken out against the Liberal government’s federally-imposed carbon tax for various reasons.

In fact, one of the intervenor groups arguing against the federal carbon tax within the very Supreme Court case McKenna cited was the Saskatchewan Thunderchild First Nation, which represents approximately 1,868 constituents.

In their arguments, the Thunderchild First Nation argued that the federal carbon tax unfairly impacts Indigenous populations who might not have the means or privilege to change their energy consumption habits, therefore, facing a heavier hit to their pocketbooks from the carbon tax.

Other groups, such as the Assembly of Manitoba Chiefs which represents 62 different First Nations intervened on other grounds, claiming that while they were neutral on whether the jurisdiction was federal or provincial, the Supreme Court ruling missed an opportunity to address Indigenous rights.

“We are deeply disappointed that today’s ruling fails to acknowledge what we know to be true, the undeniable reality that First Nations laws have been here on Turtle Island for thousands of years and continue to guide our relationships with the Creator, Mother Earth, each other and all living beings,” said Grand Chief Dumas.

As for economists, experts with organizations like the Fraser Institute have regularly provided criticism and analysis of the federal carbon levy.

In October 2020, the Fraser Institute released a report which suggests that carbon taxes around the world fail to benefit the environment or taxpayers.

McKenna’s tweet also makes vague and general claims of support from “kids” and “faith groups,” ignoring the multitude of faiths and backgrounds contained within those identity groups.

A True North fact check found McKenna’s claim to be untruthful on several fronts – particularly with regard to the support of farmers, Indigenous groups, cities and economists.