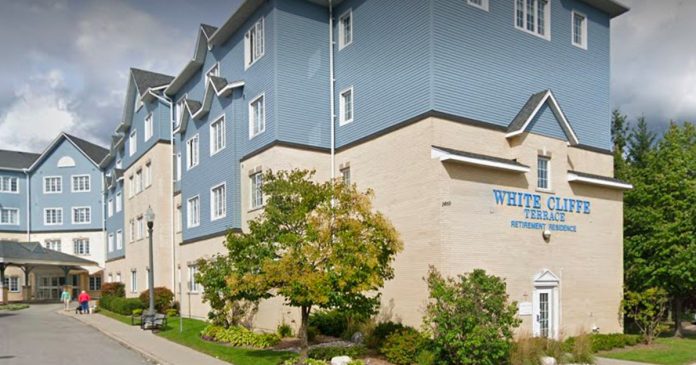 A retirement home in Courtice, Ont. confined its residents in their rooms by removing the door handles, according to a report by the Retirement Homes Regulatory Authority (RHRA).

In a recently released report, inspectors found that White Cliffe Terrace Retirement Residence confined and abused patients while the residence was dealing with an outbreak of COVID-19 earlier this year.

White Cliffe Terrace Retirement Residence “failed to comply with certain sections of the Retirement Homes Act related to protection against abuse and neglect of residents, as well as confinement,” according to inspector Michele Davidson.

The report also claims the residence provided false or misleading information to inspectors. The RHRA says action may be taken against the company that operates the residence.

“In the meantime, the home will take corrective action by committing to an action plan that will address these concerns. This includes comprehensive re-education of all staff on zero tolerance on resident abuse and neglect, the No Restraint Policy and confinement, as well as fire safety and the whistleblowing policy,” the RHRA said.

“Additionally, the home will re-educate the management team of all appropriate measures to take during a COVID-19 outbreak.”

In February, CP24 and CTV News Toronto obtained a report from the company, Verve Senior Living, which admits door handles were removed on a “small” number of doors. The general manager of the home had been put on leave after the incident.

Tens of thousands of long-term care residents in Ontario have been confined to their rooms for over a year in Ontario, with many deprived of any access to their families.

Long-term residents have complained of being treated like prisoners and near-abusive treatment as care homes limited contact between staff, residents and family members.