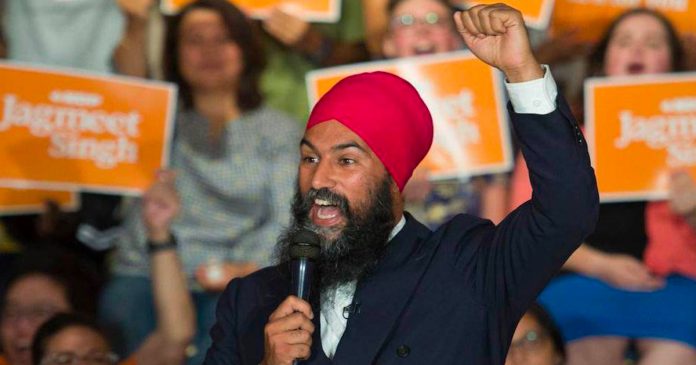 The federal NDP are set to debate whether or not to phase out the Canadian Armed Forces (CAF) at their upcoming 2021 convention.

It claims that “in a world with a globalized economy traditional militaries are becoming increasingly unnecessary” and points to other countries like Costa Rica and Iceland which have allegedly “abolished their armies.”

“An NDP government will commit to phasing out the Canadian Armed Forces,” the policy resolution states. “All members of the Canadian Armed Forces will be retrained, at the expense of the federal government, into civil service roles that help expand Canadian, provincial and municipal social services, such as expanded health care, education, community services, public transit and parks.”

The policy also makes provisions for members of the CAF to continue receiving their full salaries and benefits until they take on their new proposed role in the civil service.

The NDP policy convention is set to take place from April 9-11. According to convention rules, any party member can write a resolution and submit it to their EDA for consideration. All resolutions are submitted to the convention by EDA Presidents upon which they get debated and voted on by all NDP members.

Critics have accused the NDP of propping up the Liberal government which currently holds a minority position in the House of Commons.

Recently, the NDP revealed that it had repaid a multimillion-dollar debt it had accumulated during the 2019 federal election. The party was able to scrounge together $7.7 million to repay the loans despite the fact that fundraising has been slow through the COVID-19 pandemic.

Other policy resolutions to be debated at the convention include a motion to remove all Sir John A Macdonald statues from public spaces, abolishing Canada’s monarchy and pulling Canada out of NATO.

True North reached out to the NDP for comment on the resolution but did not hear back by the time this article was published.