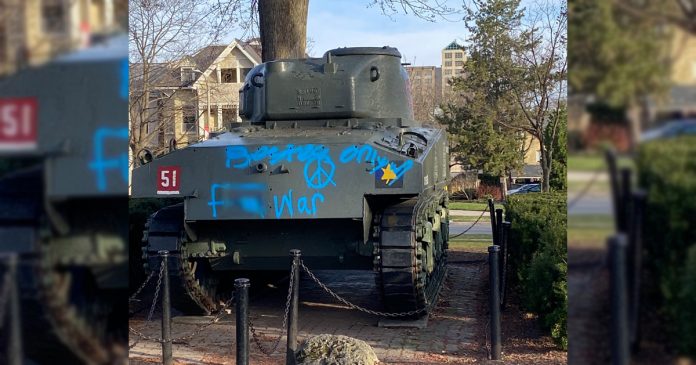 “A lot of good people died so that people can demonstrate their opinion but they should take it out on the government, not on the veterans,” Haley told CTV London.

The Holy Roller is one of only two surviving Canadian tanks from the Allied forces’ D-Day landings.

The Holy Roller, manufactured by General Motors in Flint, Mich., landed on Juno Beach on June 6, 1944 with the London-based 1st Hussars regiment, and stayed in use until the war ended, participating in the liberations of France, Belgium, and the Netherlands.

Last year, a London brewery launched the Holy Roller Memorial Preservation Project to have the aging historic tank repaired and restored. The accompanying fundraising campaign has raised over $95,000 of its $250,000 goal.

Haley said the plans will continue, but noted the restored tank will need to be protected against further vandalism.

“When it comes back after it’s been preserved and restored, then we’ll make sure that it’s got appropriate safety measures around it,” he said.