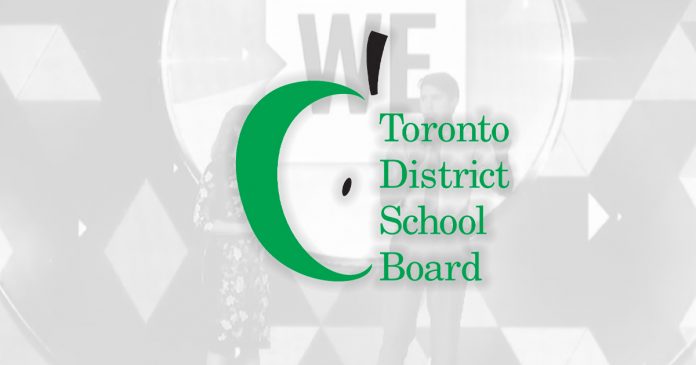 A report to be presented before the Toronto District School Board (TDSB) slams WE Charity and its sister organization ME to WE as not being “anti-colonial” enough for the public school board and for allegedly contributing to the reinforcement of white supremacy.

At the time, media reports indicated that WE was selected by the Liberal government to oversee a $900 million fund despite the company having extensive financial ties with Prime Minister Justin Trudeau, his family and members of the Liberal cabinet. Following disclosures and committee investigations into the charity, it was revealed that the Trudeau family had received at least half a million in compensation from the organization.

While citing a 2021 research paper published in The Globalisation, Societies, and Education Journal, the report notes that “WE’s practices are also problematic because it ‘draws upon humanitarian discourse to posit post-racial compassion while nonetheless reinforcing white supremacy.’”

“Unlike WE’s stance on social justice, it is imperative to work with an approach that recognizes a need to counter capitalist, neoliberal, neocolonial and other hegemonic structures that perpetuate violence through things like the ongoing dispossession of Indigenous land, violation of UNDRIP (United Nations Declaration on the Rights of Indigenous Peoples’), exploitation of the Global South by powers in the Global North, etc,” the report continues.

The report also accuses WE and other similar groups of framing charity work and social justice as “salvationist” and positioning white people as saviors of minorities.

“The messaging produced by WE schools can also be harmful to students and staff in some settings,” claims the report.

“Consequently, it is necessary to help build capacity among students and staff to move away from saviourist, individualistic, and service-learning type pedagogic approaches to more critical understandings of global citizenship.”

In conclusion, the report recommends for the TDSB to not partner with similar organizations and to put in place safeguards to prevent such a collaboration in the future.