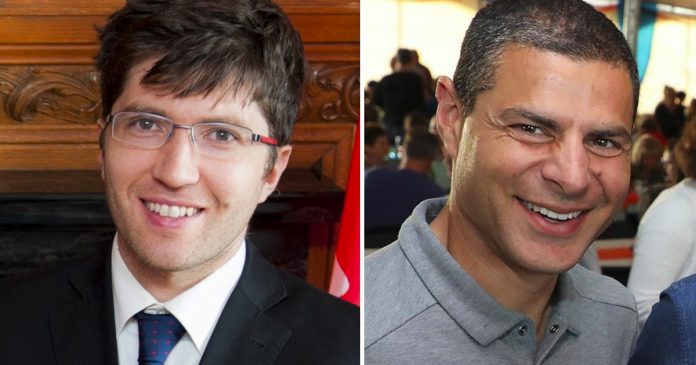 Two Conservative MPs are hoping that amendments they are proposing to the Liberal government’s Bill C-10, which seeks to revamp Canada’s Broadcasting Act, will force state-owned foreign media outlets believed to be involved in human rights abuses off of Canadian airwaves.

In a news release, Canadian Heritage Critic Alain Rayes and Critic for International Development and Human Rights Garnett Genuis suggested that it was in violation of Canada’s values to allow states that broadcast forced confessions or other abuses to participate in Canada’s media landscape.

The proposed amendment would prohibit the Canadian Radio‑television and Telecommunications Commission (CRTC) from issuing licenses “to a broadcasting undertaking, including one that distributes foreign programming, that transmits, produces or participates in the production of forced confessions, except where brief audio-visual portions of such confessions are transmitted as part of a news program.”

“This will combat attempts by hostile state actors to spread misinformation and celebrate the abuse of fundamental human rights,” wrote the two MPs in the press release.

“Conservatives are committed to advancing justice and human rights both at home and around the world. We call on all members of the Heritage committee and all Members of Parliament to support these important amendments.”

According to Genuis, since the effort was announced, attempts have already been made to contact other parties in parliament for support.

“These amendments will certainly be supported by all Conservatives on the committee. Our outreach to other parties began following the release of the statement this morning. We are hopeful that the amendments will receive the support required for them to pass,” Genuis told True North.

“These amendments are to Bill C-10. If added to this government bill, they stand a much better chance of becoming law than if proposed as part of a private member’s bill. There are many different issues raised by Bill C-10, but the bill provides an opportunity to address this serious issue around human rights abuses.”

Genuis pointed to work done by the NGO Safeguard Defenders as substantiating the need for such legislation.

“They have filed a complaint to the CRTC about nearly 60 victims of forced confessions having their confessions broadcast on Canadian airwaves. They have been unsatisfied by the CRTC’s failure to address this issue and have brought it to the attention of Parliamentarians,” said Genuis.

“Bill C-10 is working its way through the legislative process, so it provides a good opportunity for us to put clearly into legislation that the use of Canadian airwaves by foreign states to promote and feature the abuse of human rights is unacceptable and will not be tolerated.”

According to reports on the matter, Canada aired dozens of the forced confessions on the China Global Television Network (CGTN) and China Central Television-4 (CCTV-4) which are made available to Canadian subscribers by cable networks.

Bill C-10 is currently being debated by a number of parliamentary committees. The scope of the bill includes updates to Canadian laws that could see streaming service providers like Netflix being taxed and a new regulatory system meant to tackle the issue of social media giants profiting off of Canadian news content.