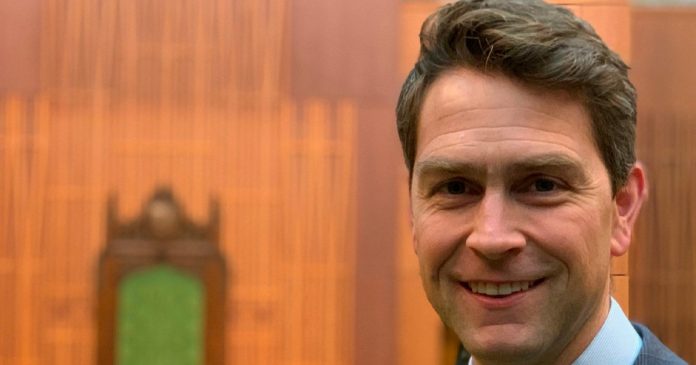 A Liberal MP was spotted in the nude during a virtual session of the House of Commons.

The incident was later raised by Bloc Quebecois MP Claude DeBellefeuille during a point of order on proper dress during parliamentary meetings.

“As you know since the beginning of the pandemic we have tried to emphasize the importance of respecting quorum, the dress code here in the house and I think that this, today, we have beaten— we have set a new record,” said DeBellefeuille.

“We’ve seen a member during Question Period improperly dressed — that is, unclothed. So perhaps remind the members, especially the male members that suits and ties are appropriate or rather called for and we have seen that the member was in very good shape but I think that this member should be reminded of what is appropriate and to control his camera.”

Following the point of order House Speaker Anthony Rota confirmed with parliamentary clerks that the incident had indeed occurred and issued a dress code reminder.

True North reached out to Amos for comment but did not receive a response by the time this article was published.

“It was an unfortunate mistake. My video was accidentally turned on while changing into work clothes after jogging. I sincerely apologize to my colleagues in the House of Commons for this involuntary distraction,” said Amos in a tweet which has since been translated from the original French.

“Obviously this was an honest mistake and it will not happen again. We don’t need such distractions during this pandemic!”wil