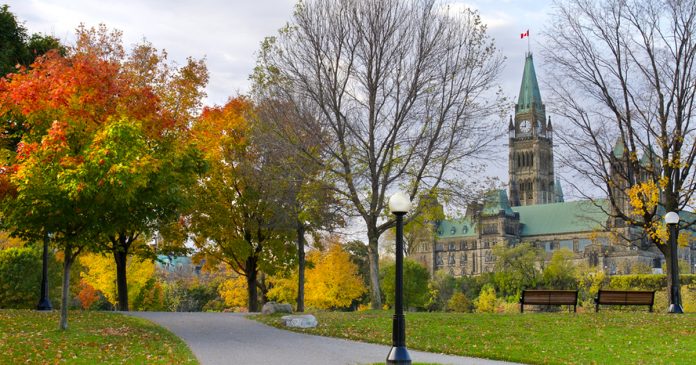 “We are at a major, major point here as a city. The situation in Ottawa is the worst that it has been to date during this pandemic,” said Ottawa’s deputy medical officer of health Dr. Brent Moloughney.

According to reports the mask mandate could be introduced using a Section 22 order under the Health Protection and Promotion Act which allows health officers to “require a person to take or to refrain from taking any action in respect of a communicable disease.”

The exact details of the order are yet to be determined but some speculate it will include a gathering limit for parks and playgrounds as well as mandatory outdoor masking.

Ontario has already introduced a strict province-wide stay-at-home order to combat the recent uptick in the virus.

Meanwhile, Ottawa has moved to close parks two hours earlier than usual to prevent people from gathering in groups.

According to the current public health rules, masking is only required in indoor public spaces.

Section 22 orders have been implemented in Ottawa before. On February 16, 2021, Ottawa’s Medical Officer of Health Vera Etches ordered outdoor recreational sites to limit capacity at skating rinks, tobogganing hills and other activities to 25 people.

The order also required social distancing and mandatory masking signage to be posted on location.