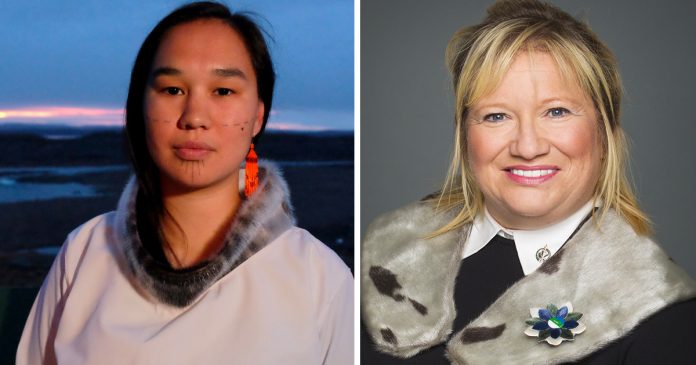 NDP MP Mumilaaq Qaqqaq disputed the Indigenous identity of Newfoundland and Labrador Liberal MP Yvonne Jones in a tweet on Friday, saying that Jones is “not an Inuk” as has been previously claimed.

True North reached out to both Qaqqaq and Jones for comment on the matter but did not receive a response by the time this article was published.

Jones currently serves as the Parliamentary Secretary to the Minister of Northern Affairs and is a member of Labrador’s Southern Inuit, NunatuKavut.

Labrador’s NunatuKavut Community Council (NCC) claims to represent around 6,000 Inuit-descended people with mixed ancestry. According to the Indigenous outlet Nunatsiaq News, the group primarily identified as Métis until 2010.

In 2019, Jones and the Minister of Crown-Indigenous Relations Carolynn Bennett achieved a memorandum of understanding between the Canadian Government and the NunatuKavut council recognizing the group’s Indigenous rights and self-determination.

“The recognition and implementation of Indigenous rights is critical to reconciliation and renewed relationships. I am convinced that these discussions will lead to a greater understanding of the interests and aspirations of the NunatuKavut community. An open dialogue is a first step toward a true relationship, and we look forward to exploring and advancing a shared journey toward reconciliation,” said Bennett in a July 2018 press release announcing the beginning of discussions with the group.

As part of the agreement, the NunatuKavut were recognized as an “Indigenous collective capable of holding section 35 Aboriginal rights.”

However, there are several Indigneous groups which refuse to recognize NunatuKavut claims to Indigeneity. Among the detractors include the neighbouring community of the Innu Nation who spoke out against the NunatuKavut deal with the federal government claiming that it did not reside on legal grounds.

“The Innu of Labrador do not, and have never, accepted that NCC or any of its predecessors represent an Aboriginal people of Canada within the meaning of s. 35 of the Constitution Act, 1982,” states a lawsuit filed by the Innu Nation.

“These allegations are a form of racism and lateral violence against NunatuKavut Inuit and perpetuate colonial narratives,” a response by the NunatuKavut claimed.