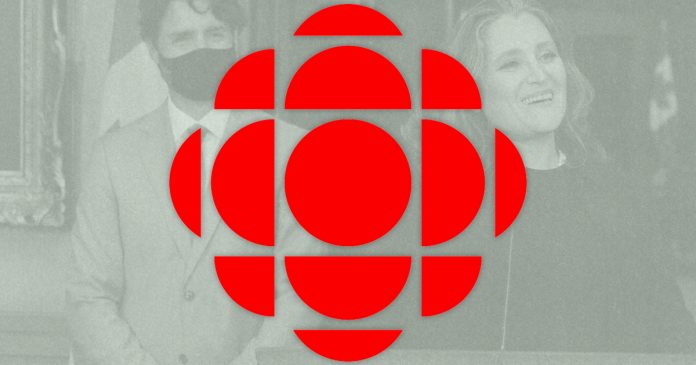 The new federal budget released on Monday promises millions in new funding for CBC and Radio-Canada despite declining viewership.

Over the next year, Canada’s state broadcaster will receive an extra $21 million in addition to the CBC’s annual $1.2 billion federal grant.

“Budget 2021 proposes to provide $21 million in 2021-22 as immediate operational support to the CBC/Radio-Canada,” the budget document reads.

“This funding will ensure its stability during the pandemic and enable it to continue providing news and entertainment programming that keeps Canadians informed.”

The Trudeau government says the pandemic has resulted in the CBC losing advertising revenue. According to the budget, an injection of cash is necessary to keep the CBC afloat.

“Like many media organizations, during the pandemic the CBC/Radio-Canada has experienced declining advertising revenues that threaten its capacity to continue delivering public television and radio programs.”

However, the CBC was steadily losing advertising revenue long before the pandemic, with CBC TV revenue decreasing 53% between 2014 and 2019.

In a previous statement to the House of Commons heritage committee, CBC President Catherine Tait claimed the CBC needed a bailout as the decline in revenue seen under her tenure caused the organization significant stress.

Previous records have shown that the CBC engages with very few Canadians, with less than 4% of Canadians regularly watching CBC TV in 2019 and only 0.8% tuning into its evening newscasts.