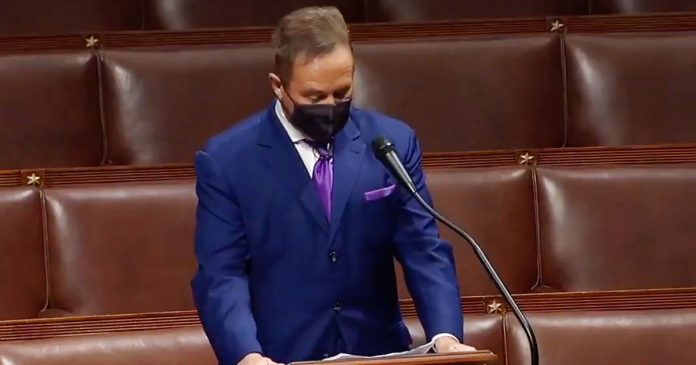 US Congressman Brian Higgins (NY-D) rose in the House of Representatives on Tuesday to call for a safe plan to re-open the Canada-US border.

Higgins made the statement on the same day that both governments announced that they would be extending the border closure until May 21.

The Canada-US border, which is the largest international land crossing in the world, has been closed since March 2020.

“It has been 395 days since the United States-Canadian border closed, and the closure was just extended another 30 days. Families on both sides of the border have been torn apart. People who love each other, parents, and grandchildren are unable to see each other,” said Higgins.

True North reached out to Public Safety Canada, which oversees Canada’s Border Services Agency to ask whether any re-opening plan has been drafted but did not receive a reply at the time of this article’s publication.

In a tweet on Tuesday, Public Safety Minister Bill Blair said that the government would continue to do “whatever it can” to keep Canadians safe from COVID-19.

According to Prime Minister Justin Trudeau, the federal government is looking at other options to limit travel, including the UK’s decision to ban flights from India.

“We have been very firm and vigilant on these measures, but of course, as I always say, we are continuing to look at more and I have asked our officials to look carefully at for example what the U.K. has done very recently suspending flights from India,” said Trudeau.

Critics have accused the Trudeau government of botching Canada’s vaccination plan and in turn threatening the country’s ability to re-open while other countries like the US are surging ahead in terms of vaccinations.

“We are in the third wave of this pandemic, so severe because of the Prime Minister’s failure to secure vaccines at a rate the United States was at months ago. Exceeding targets by stealing vaccines from the developing world is shameful leadership by the Prime Minister,” said Conservative Party Leader Erin O’Toole on April 20th.