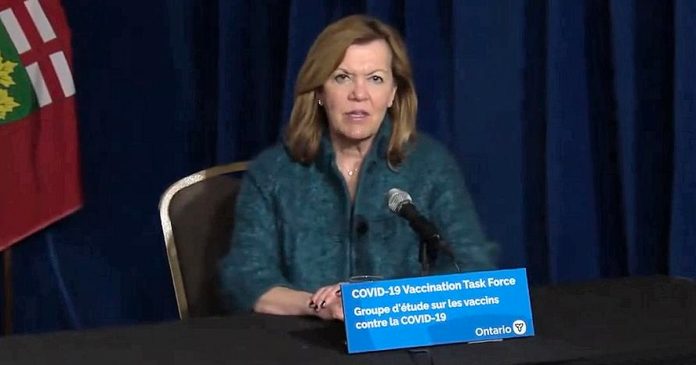 The Ontario government announced on Friday that pregnant women were now considered to be a high-risk population for COVID-19 infection and could now register for vaccination appointments.

“As of April 23, all pregnant individuals can register for #COVID19 vaccination appointments under the “highest risk” health conditions in Phase Two of the province’s vaccine rollout,” tweeted Ontario Health Minister Christine Elliott on Friday.

According to the online booking system, women can make an appointment for a vaccine without a doctor’s note and can expect to receive their second dose of the vaccine within 16 weeks.

The Ontario government made the decision in response to findings that indicate pregnant women could be much more susceptible to the new COVID-19 variants detected in the province. According to Ottawa-area obstetrician and epidemiologist Dr Mark Walker, the new variants are anywhere from 30% to 50% more virulent and as a result ICU units in hospitals like Toronto’s Mount Sinai have seen a significant increase in admissions of pregnant women.

Instead of simply referring to pregnant women, the announcement opted for the politically correct term “pregnant individuals.”

This is not the first instance where public health rulings referred to pregnant women as “people” or “individuals.”

“Pregnant people and children under 5 are at higher risk of complications from the #flu. Keep everyone safe. Get the #flushot. Check for vaccine availability near you,” Dr. Tam tweeted.

In another instance, British Columbia’s Centre for Disease Control (BC CDC) published a guide on “inclusive” language-use surrounding the COVID-19 virus which advised against using terms like “men and women” because they are not gender inclusive enough.

“The phrase ‘men and women’ excludes non-binary people, and it is unclear whether it includes trans men and women. And ‘guys” is not gender inclusive – people, everyone, folks, or folx are gender-neutral and thereby inclusive,” wrote the BC CDC.

The guide also advises Canadians to avoid referring to people’s penises and vaginas and instead use the terms “internal genital” and “external genitals.”