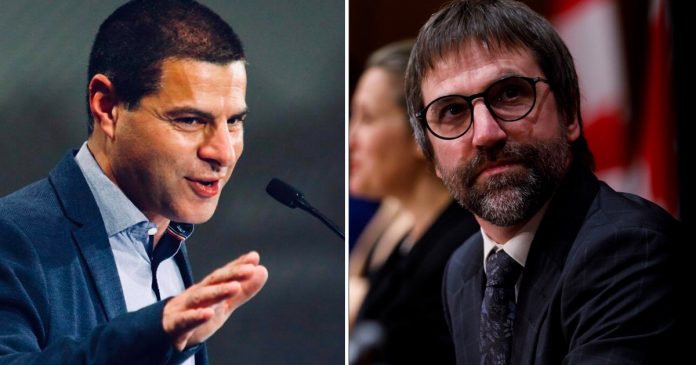 Reyes said Bill C-10, which brings website publishers and users under the jurisdiction of Canada’s broadcast regulators, will give the government too much power over what Canadians post online.

“While we support creating a level playing field between large foreign streaming services and Canadian broadcasters, C-10 is a bad piece of legislation giving too much power to the CRTC to regulate the internet and provides no clear guidelines for how that power will be used,” Reyes said in a statement Monday morning.

The Conservatives on the House of Commons heritage committee proposed an amendment offering protections to individual internet users and smaller publishers, but the Liberals rejected it.

Not only did the Liberals on the committee reject this amendment, but, on Friday, actually voted to expand the bill to apply to user-generated content, potentially subjecting YouTube videos, Facebook posts and tweets of Canadians to government regulation.

“There could be no clearer proof that the Liberals are not just going after large foreign streaming services, they are also targeting ordinary Canadians,” Reyes said. “Conservatives will continue to stand up for the freedoms of Canadians who post their content online and oppose C-10 at every stage of the legislative process.”

Heritage Minister Steven Guilbeault has previously rejected claims that the legislation would somehow target the social media use of Canadians at large.

“In the case of YouTube, for example, we’re not particularly interested in what people…you know, when my great-uncle posts pictures of his cats, that’s not what we’re interested in as a legislator,” said Guilbeault.

Despite Guilbeault’s assurances, committee members voted in support of a motion by Liberal MP Julie Dabrusin to require that “all the programming” found on social media platforms like Twitter and Facebook would be subject to the Liberal government’s control.

Prior to the motion, user-generated content was exempt from government regulatory control.