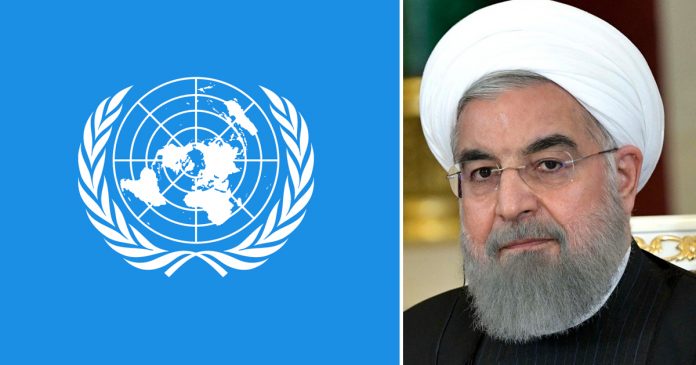 Liberal Foreign Affairs Minister Marc Garneau was grilled by the Conservatives during Monday’s session of question period after it was revealed that Iran was elected to a 4-year term to the UN Commission on the Status of Women.

Conservative MP Garnett Genuis raised the issue with the minister and asked the Canadian government to condemn Iran’s involvement.

“Canada will always be unequivocal when it comes to the protection of women’s rights around the world. Canada also firmly believes in the United Nations and multilateralism. Of course, we recognize that the UN, including the women’s rights commission is not perfect, but let me be clear, our strong position on the human rights situation in Iran including women has been expressed repeatedly both in public and in private and we will continue to do so,” said Garneau.

“If the government is not hesitating to express its position, it should do so right now with respect to the presence of the government of Iran on the UN women’s rights commission. We have all seen the images of courageous Iranian women standing up to the regime, a regime that this government unfortunately continues to try to curry favour with. It’s another slap in the face for these oppressors to be on that commission, and the government should clearly state what the problem is here.”

On April 20, 2021 Iran was elected to the UN Commission on the Status of Women with 43 votes in favour. Nations hoping to achieve representation on the commission were required to have at least 27 votes. Iran was chosen alongside other nations like Pakistan, China and Lebanon.

According to an analysis by UN Watch, at least four EU and Western democracies voted to elect Iran to the position.

In total, there are 54 member states who participated in the vote, 15 of which were Western democracies. According to the voting results, 11 of the member nations did not back Iran’s spot at the commission, meaning that four Western countries potentially broke ranks to support the authoritarian Iranian regime.

Iran has an abhorrent record when it comes to women’s rights, including the practice of jailing women’s rights activists. A 2020 report by the UN General Assembly noted the human rights situation in the country as including “torture and large-scale arbitrary detention, as well as persistent discrimination against women, girls and minorities.”