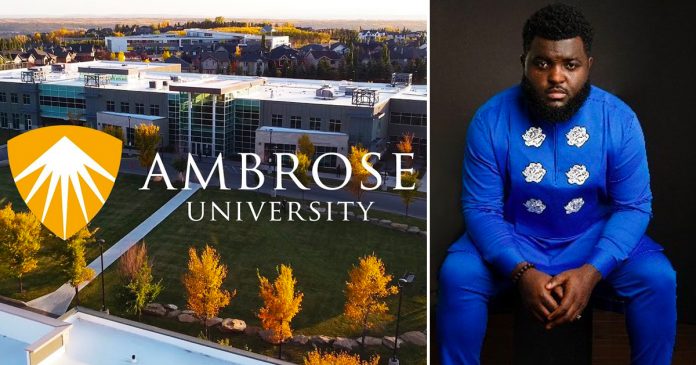 Ambrose University’s student union is reversing course after it accused a black Conservative speaker of causing “severe harm” to students after he gave a speech in February critical of anti-racism narratives.

According to the National Post, the Calgary-based university’s student council rescinded an apology on Thursday for inviting the said speaker Samuel Sey.

Originally, the council claimed that they had “invited speakers to come and speak to our student body who have caused harm and offence with the words that they have spoken.”

Sey, who is a pro-life activist at the Canadian Centre for Bio-Ethical Reform and blogger, was invited to speak at the university on February 4, 2021 for a Black History Month event.

“As a Christian, what I was saying should not be controversial to them at all, but because they disagree with what the Bible says on racism, it becomes offensive to them,” Sey told the National Post.

“They are essentially, by attacking me, attacking the Bible; I didn’t go there to share my opinion, I was going there to explain what the Bible says about racism.”

An updated apology on Ambrose University’s website clarifies the council’s position claiming that the post was never meant to be public and was only supposed to be seen by the students allegedly impacted by the event.

“In accordance with our Freedom of Expression Statement, Ambrose will acknowledge diverse opinions and encourage our students to engage thoughtfully and graciously with those who differ with them; at the same time, Ambrose will cultivate an environment of charity and civility, supporting our students as they learn to navigate polarizing topics,” the post claims.

“We have removed the statement/apology from Student Council and Student Life which appeared on this page. It was never intended to be public and sought only to provide support for those students who had been emotionally affected. Further, it didn’t include consideration of Ambrose’s commitment to freedom of expression, which is a vital part of our community experience.”

According to Sey, during the event he gave students the opportunity to criticize his views and engage in discussion.

“I don’t want anyone to be afraid to challenge me because of my skin colour. My skin colour does not define truth. As Christians, the Bible is supposed to define what’s true,” Sey told the National Post.

The majority of Canadians reject the idea that our country is...