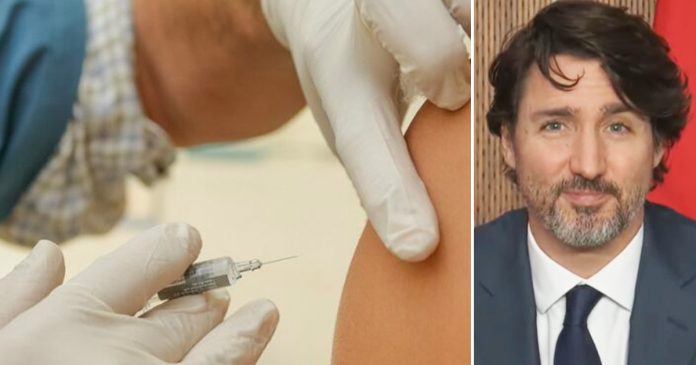 Prime Minister Justin Trudeau told reporters on Tuesday that Canada would be in alignment with its international partners and allies on the issue of COVID-19 vaccine passports.

“We are of course looking very very carefully at this issue, even as we are in the third wave right now, dealing with extremely urgent and difficult situations. We continue to plan for how we reopen the economy, how we reopen our borders, how we get back to normal, which is something that all Canadians want to do. Obviously, as was the case pre-pandemic, certificates of vaccination are a part of international travel to certain regions and are naturally to be expected when it comes to this pandemic and the coronavirus,” said Trudeau during a news conference.

“How we actually roll that out in alignment with partners and allies around the world is something that we’re working on right now to coordinate. I can assure you that our decisions will be based on science and the fact that those discussions are ongoing right now means that we will be aligned with our partners around the world.”

The Canadian Civil Liberties Association (CCLA) has described the idea of using vaccine passports to access public or private services a “radical” idea.

“We need to step outside of our own fear, and demand government leaders step outside of theirs, and subject every intervention, vaccine passports included, to a rigorous analysis grounded in science, in necessity, and in proportionality. With this, as with every policy decision and technical intervention we make to facilitate public safety during this pandemic, we still need to think, up front, about what we want our country to look like now, and in the future,” wrote the CCLA.

Other countries around the world, including 27 member states of the EU, are already taking steps to make the idea a reality. This week, EU officials initiated talks with the US on the development of an international COVID-19 passport known as a Digital Green Certificate.

Trudeau has expressed some reluctance about the idea in the past saying that such a practice could be a form of “discrimination.”

“The idea of certificates of vaccination for domestic use does bring in questions of equity. There are questions of fairness and justice. There could be discrimination,” Trudeau said in March.

“There are some people who, because of medical conditions or other reasons, will not be able to get vaccinated. There are others who are not on priority lists who will have to wait much longer before getting vaccinations. These are things that we have to take into account.”