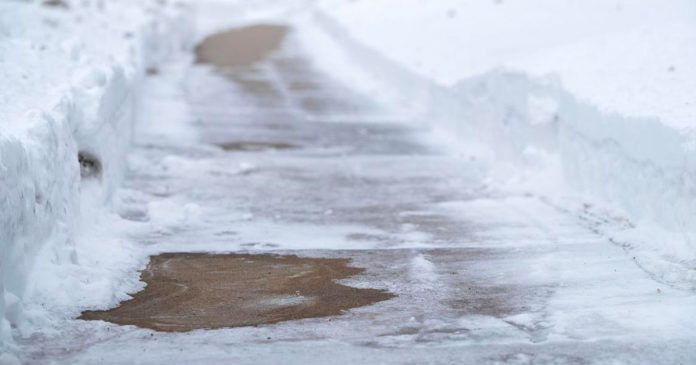 Hamilton’s LGBTQ Advisory Committee claimed in a report that snow on the city’s sidewalks is a “disability justice” issue which adversely impacts the city’s LGBTQ community.

The letter of support was presented to city council on Tuesday in response to a prior decision by the Hamilton’s Public Works Committee to not expand the portion of sidewalks cleared by the city following winter squalls.

On April 19, the Public Works Committee voted down a motion by Coun. Nrinder Nann to vastly increase the area the city was responsible for. According to Nann’s motion, the city would have to clear an additional 783 kilometers of sidewalk, which could increase residential taxes by approximately $12.

Currently, the city only clears 397 kilometers out of the available 2,445 kilometers of sidewalks.

“Not clearing snow from the City’s sidewalks is an issue of accessibility and disability justice. These issues adversely impact Two Spirit and LGBTQIA+Hamiltonians,” wrote LBTQ Advisory Committee Chair Cameron Kroetsch.

“The Mapping the Void needs assessment that was published by the School of Labour Studies at McMaster University revealed that a disproportionate number of 2SLGBTQIA+ Hamiltoniansidentify themselves as having a disability (39.3% of the 872 respondents).“

Other organizations including Disability Justice Network of Ontario, the Hamilton Centre for Civic Inclusion and ACORN Hamilton have also been advocating for the issue.

“This is more important than ever as members of our community will very likely continue to be isolated by the COVID-19 pandemic. Physical activity is harder to come by and many people have taken up walking outdoors not only as a means of exercise but also to relieve stress and anxiety,” wrote Kroetsch.

“Feelings of security and safety using the City’s sidewalks will contribute to the mental health and wellness of those who have been isolated by this issue in the past.”

Estimates show that the motion could cost $4.44 million when taking into account de-icing and rough conditions.

“Before we sign on the dotted line and [increase] taxes in the middle of a global pandemic, promising something we can’t deliver, maybe we should study it a little bit. Perhaps we should understand that this is being sold to this community under false pretence,” said Councillor Sam Merulla.

The decision by the Public Works Committee has yet to be ratified by city council.