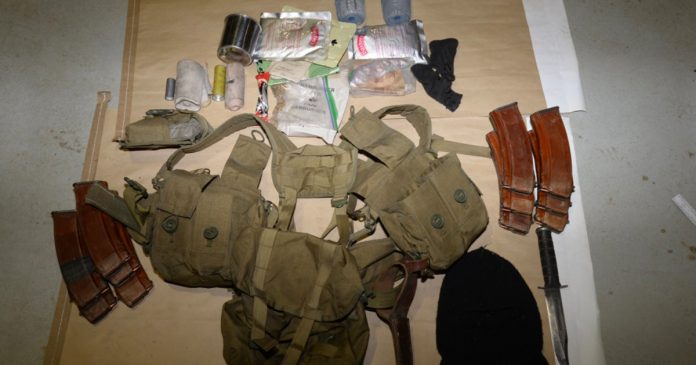 According to a news release on the incident, Maure, who is a Parkland County, Alberta resident, is currently facing 34 criminal charges including:

Maure’s arrest was part of an ongoing investigation conducted by the unit into a “a number of associated individuals” which began in September 2020.

“As experienced in this recent investigation, the accused was interacting online with like-minded individuals in posting extreme views that ultimately escalated towards him engaging in criminal activity that posed a considerable risk to public and police safety, ultimately resulting in his arrest,” said INSET Inspector Scott Isaac in a news release on the matter.

“As the investigation continues, we are attempting to determine whether the accused’s actions were motivated by a specific ideology or if there were broader intentions to his activities.”

The arrest took place during a heavy police operation in Parkland County’s Heatherlea Estates community. Upon searching a number of properties, police discovered and seized numerous firearms and other items.

According to Edmonton Journal justice reporter Jonny Wakefield, court records show that Maure was allegedly in possession of the highly explosive element triacetone triperoxide. Additionally, Maure is accused of damaging a propane tank in a building owned by the oil company Obsidian Energy.

Maure is currently in custody and is set to appear before a court in Stony Plain on May 7, 2021.