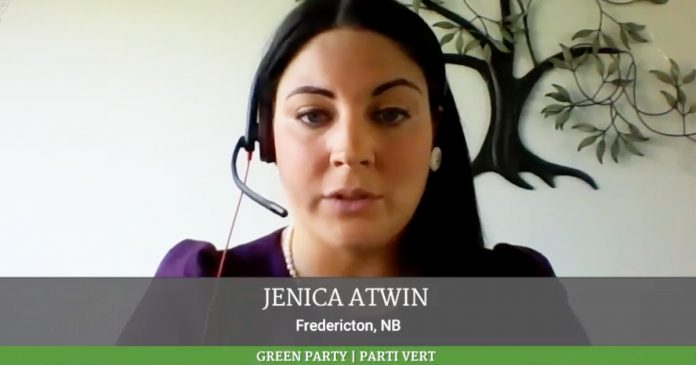 Green Party MP Jenica Atwin told a parliamentary committee that an amendment to Canada’s United Nations Declaration on the Rights of Indigenous Peoples (UNDRIP) bill, otherwise known as Bill C-15, was a step towards “decolonizing Canada.”

Bill C-15, which was proposed by the Liberal government, hopes to align Canada’s laws with the UNDRIP declaration.

If the legislation passes, the Canadian government will be required to obtain “free, prior and informed consent” from First Nations groups before “the approval of any project affecting their lands or territories and other resources, particularly in connection with the development, utilization or exploitation of mineral, water or other resources” in accordance with the UN directive.

According to Atwin, the bill doesn’t go far enough in achieving its goals.

Atwin, who made the comments during a April 22nd meeting of the Indigenous and Northern Affairs Committee, put forward an amendment which would require Canada “in consultation and cooperation with Indigenous peoples, take all measures necessary to ensure that the laws of Canada are drafted in a way that reflects non-binary gender identity and two-spiritedness.”

According to the Green MP, the objective of the amendment is to “ensure that the federal ministers will work in collaboration with indigenous governing bodies on implementing UNDRIP in a manner that respects each indigenous government’s laws, traditions and practices as unique and diverse entities.”

“Finally, this amendment is consistent with the vision of this government to promote human rights, including respect for diversity and inclusion, protecting 2SLGBTQ+ rights and addressing discrimination. This proposed amendment is a concrete step toward this objective as well as towards decolonizing Canada,” said Atwin.

Atwin’s amendment was eventually unanimously defeated by the committee.

A study by the Fraser Institute found that implementing such a law would create a condition of “legal chaos” for the country.

“Inserting yet more ambiguous language into Canadian law, which will inevitably affect the approval process for major infrastructure projects in Canada, is unwise and would likely lead to even more uncertainty,” wrote study author Tom Flanagan.

“Prime Minister Trudeau will be well advised to … walk back his promise to introduce legislation incorporating UNDRIP into Canadian law.”