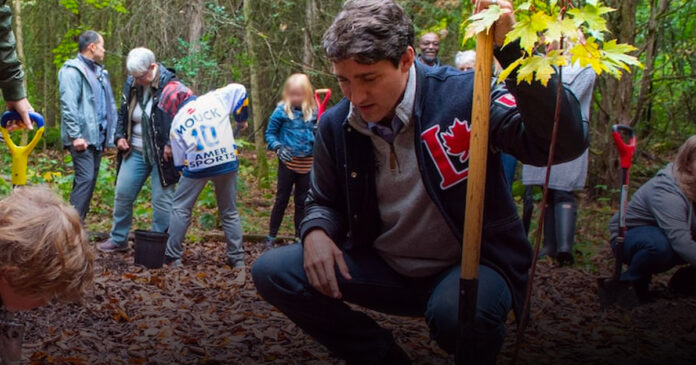 “We’re two years into that commitment, almost two years into it, and they’re still acting like they still have another 10 years,” said Conservative environment critic Dan Albas.

Albas says the government has provided few details on how the government will source approximately 222 million seedlings per year and find viable land to plant them.

In the 2019 election, Prime Minister Justin Trudeau promised Canada would plant two billion trees as a major part of the Liberal environment platform. Two years later, the government has yet to plant a single tree.

“The government made a political promise during the campaign that it had no idea how it would institute and basically handed this over to the bureaucracy,” Albas said.

“It sounds like they don’t know who they’re going to be dealing with either.”

A spokesperson for Natural Resources Minister Seamus O’Regan told the Canadian Press that trees will start being planted this spring, with the government purchasing 5,000 seedlings so far.

The spokesperson added that the government is negotiating with multiple organizations experienced in tree planting, with up to 120 groups applying to be part of the process.

Derek Nighbor, the president of the Forest Products Association of Canada, says he has been in contact with the government about the logistics of planting the trees. According to Nighbor, growing and planting seedlings on such a scale requires years of planning.