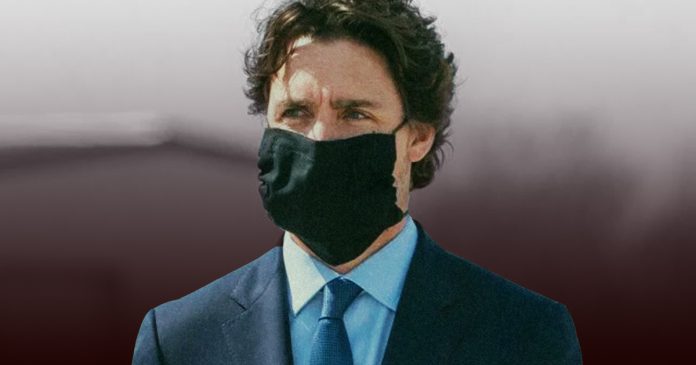 When I asked my editor this week if it was too late to submit a column on the topic of the federal budget, which was finally released last week after nearly two years without a firm reporting on our country’s finances, he said he would welcome the column.

“The fact that our nation’s finances are crumbling shouldn’t just be a 24 hour news story,” he quipped.

I’m sure the Trudeau government would much prefer if it were a simple 24 hour news story. Take a few blows and wait for the news cycle to move on to something juicier — like an inevitable media pile-on against Conservative premiers Jason Kenney or Doug Ford.

When it comes to news on this budget (can we even call it a budget? That word tends to imply a certain level of frugality and restraint), this spending mess is a story that bears repeating.

The house is on fire. Everything is not fine.

The Trudeau government is now borrowing an astronomical $3 billion per week to stay afloat — much of it being printed by the central bank, putting off the eventual need for drastically higher revenue to find a balance.

Instead, each dollar printed by the feds — in what they call the “modern monetary theory,” which is the profoundly irresponsible “theory” that we can print money and not worry about the consequences or the realities of inflation — means that the money in your wallet and bank account will be worth less.

Trudeau plans to add a jaw-dropping $154 billion to the debt this year, skyrocketing our net debt projections up to $1.5 trillion in the next five years.

Perhaps worst of all is the type of spending that Trudeau is embarking on.

Trudeau is fundamentally increasing the size and scope of the federal government, with big ticket items including his version of the Green New Deal and a National Daycare Program. The latter was thoroughly rejected at the polls by Canadians back in 2006, when they chose instead the Conservative alternative which was a direct monthly stipend for parents of young children.

The Liberals beefed up the Conservative program, renaming it the Canada Child Benefit and offering even more cash to parents. But now we learn that they will also be offering subsidized daycare to those same parents — even though the very purpose of the cash payments was to put the parents in the driver’s seat and give them more choice.

This complete lack of restraint is the essence of Trudeau’s borrowing plan. Say yes to everyone and everything, leveraging future generations for the chance to get re-elected today.

Canadians have seen this move before.

A little over a decade ago, I opposed most of the Harper government’s recession spending following the 2008 financial crisis and global meltdown. Much of that government’s so-called Economic Action Plan was little more than corporate welfare and pork and barrel spending to bribe voters with their own money.

But I applauded Harper for his tactics surrounding recession spending, which was to create temporary spending programs rather than permanently growing the bureaucracy. When the economy improved, Harper was gradually able to roll back most of these programs and achieve a balanced budget by 2014.

Looking at today’s spending figures, it’s incredibly difficult to imagine any government — even one run by a fiscal hawk like Harper or steadfast libertarian like Maxime Bernier — getting back to balance in a mere half decade.

At the height of Harper’s deficit spending, in the 2009-2010 fiscal year, Canada borrowed a staggering $56.4 billion. Well, it was staggering at the time. It pales, however, in comparison to the great Trudeau spending bonanza of the early 2020s.

Harper’s recovery strategy was based on a commitment to free market principles and an understanding of the laws of economics.

Today’s recovery is being led by a group of economically illiterate ideologues. God help us all.