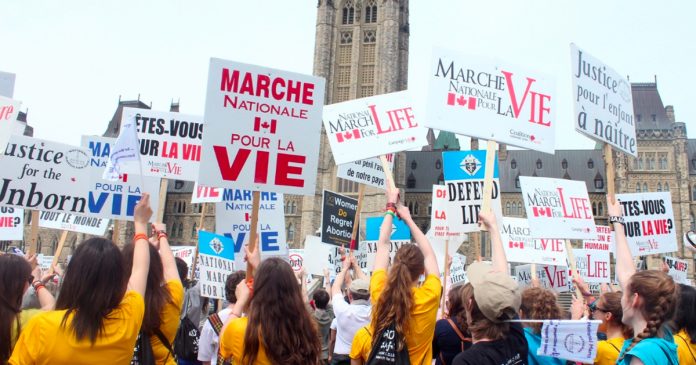 The mainstream media continues to be out of step with the conservative movement – and ordinary Canadians.

In a Globe and Mail column entitled Tory MP’s bill to ban sex-selective abortion is the stinking albatross Erin O’Toole was warned about Konrad Yakabuski made several baseless accusations about why pro-lifers are not electable for the Conservative Party of Canada.

“Anti-choice groups claim to be acting in the name of ‘gender equality,’ though their ultimate goal of banning abortion – and depriving all women of a fundamental right – shows this claim to be disingenuous,” Yakabuski writes.

This claim has numerous innate errors. To begin, there is no right to abortion in Canada. The 1988 Morgentaler decision ruled that Parliament needed to create a new law to regulate abortion – it has since failed to do so, and thus Canada is in a situation in which abortion is neither legal nor illegal. Canada is one of two countries in the world where this is the case – the other being North Korea.

Interestingly, one of the justices to rule as such in the case was Madame Justice Bertha Wilson, the first female justice of the Supreme Court of Canada. Wilson stated, “The precise point in the development of the foetus at which the state’s interest becomes ‘compelling’ I leave to the informed judgment of the legislature which is in a position to receive guidance on the subject from all the relevant disciplines.”

I wonder if the first female justice of the Supreme Court of Canada is feminist enough for Yakabuski – or Justin Trudeau, for that matter.

Secondly, Yakabuski plays the race card stating, “[Social conservatives] place women’s motivations for having an abortion under suspicion, thereby opening the door to discrimination toward and racial profiling of women of colour and immigrant women.”

In English common law, laws are to be applied evenly; that is to say, everyone is equal before and under the law. It is also interesting that the Conservative Party of Canada leadership candidate who proposed a sex-selective abortion policy last year was Leslyn Lewis, a black, female lawyer who I doubt has ever been called a racist.

Thirdly, Yakabuski moves onto Lewis herself and the province of Quebec claiming “(Lewis’) socially conservative views, like (Cathay) Wagantall’s private member’s bill, will hurt the Tories in Quebec.”

This is where it is important to look at data and not conjecture.

According to the most recently polling, support for legal restrictions on sex-selective abortion is as high as 82% in Quebec. Further, 61% of those who voted for the Bloc Quebecois in 2019 would be more likely to vote for a political party that promised to legally restrict sex-selective abortion. Unless Yakabuski has mathematical and statistical evidence that points to the contrary, then we must assume that he is basing his argumentation on his own opinion and not reality.

Finally, Yakabuski states, “Eventually, a future Conservative leader must understand that playing to the so-cons is a losing strategy, period.” He continues, “It might help you win a leadership race, but it will leave you with a stinking albatross around your neck of which no amount of flowery perfume can disguise the stench.”

If pro-lifers are a stinking albatross, then why do they make up the majority of the Conservative caucus?

Why were over two-thirds of the newly elected Conservative MPs in the last federal election pro-life?

Why did pro-life Conservative candidates (both those who won and lost) perform better than their pro-abortion Conservative counterparts in the last election?

Finally, if pro-lifers are a stinking albatross, then why is Peter MacKay not leader of the Conservative Party today?

There are plenty of Canadians who identify as pro-choice but support pro-life policies such as legal restrictions on sex-selective abortion.

The sooner the Conservative Party of Canada recognizes, accepts and embraces these reasonable and popular pro-life policies, the sooner the party can get back to contesting for government and not be mired in all-time low polling.

Scott Hayward is the co-founder of RightNow.