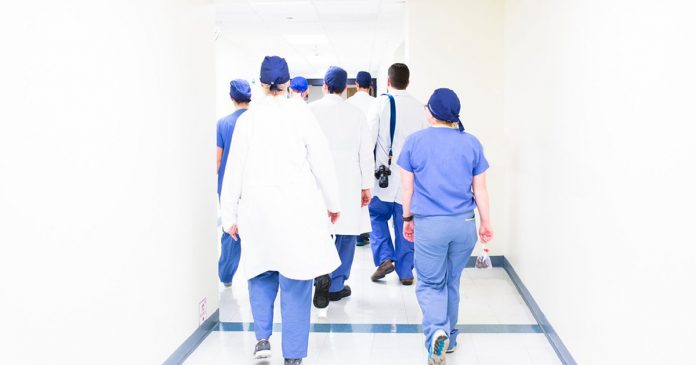 The College of Physicians and Surgeons of Ontario (CPSO) plans to investigate physicians who speak out against government lockdown measures, according to a statement issued Friday.

“The college is aware and concerned about the increase of misinformation circulating on social media and other platforms regarding physicians who are publicly contradicting public health orders and recommendations,” said CPSO’s statement.

“Physicians hold a unique position of trust with the public and have a professional responsibility to not communicate anti-vaccine, anti-masking, anti-distancing, and anti-lockdown statements and/or promoting unsupported, unproven treatments for COVID-19.”

Physicians are prohibited from encouraging people to defy public health measures, and it could lead to an investigation against them, the CPSO says.

Doctors who are subjected to an investigation will be given a chance to respond to the complaint. An investigator will submit a report to the Inquiries, Complaints, and Reports Committee. These investigations could lead to doctors facing disciplinary action.

The CPSO said when offering opinions, physicians are expected to be guided by the law, regulatory standards and the code of ethics and professional conduct. These opinions must not be misleading or deceptive, and they have to be supported by current evidence and science.

In Canada, a number of medical experts have publicly criticized lockdowns and various public health orders.

Ontario pediatrician Dr. Kulvinder Kaur Gill was issued three warnings by the CPSO after her tweets about the COVID-19 pandemic were found to be “inappropriate” and “unprofessional.” Gill tweeted comments such as “COVID-19 is not a serious health issue” and “There is absolutely no medical or scientific reason for prolonged, harmful, and illogical lockdowns.”

In addition, a study done by Dr. Ari Joffe, a pediatric infectious disease specialist at the Stollery Children’s Hospital, suggested the harms of lockdowns are ten times greater than their benefits. The harms that were cited in the study were delayed and interrupted health care, unemployment, loneliness, deteriorating mental health and increased drug overdoses.

Further, in September 2020, a group of Ontario doctors wrote a letter to Premier Doug Ford calling for him to use a localized approach instead of sweeping lockdown measures. These doctors said lockdowns have been shown not to eliminate COVID-19, because they work until measures are lifted.