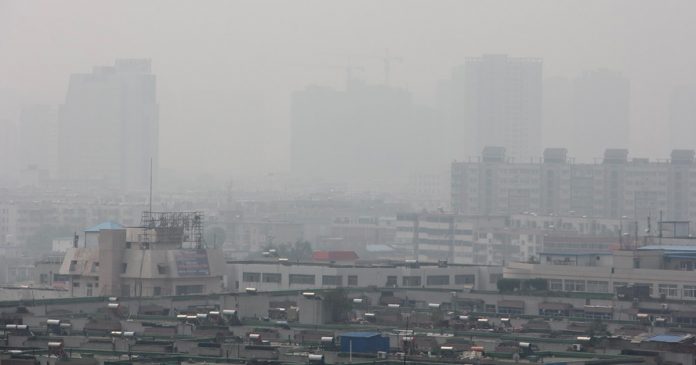 China’s pollution has reached the point of no return, surpassing even the combined emissions of the developed world.

According to research by Rhodium Group and reported by BNN Bloomberg, China’s greenhouse gas and carbon emissions reached a stunning 14.09 billion tons in 2019.

China polluted so much that year that it surpassed the emission total of all of the nations in the Organization for Economic Cooperation and Development (OECD) by approximately 30 million tons.

With regard to global pollution, China accounted for 27% of all carbon emissions, surpassing the US’ 11% and India’s 6.6% by a substantial amount. Canada accounts for roughly 1.5% of global carbon emissions.

“The shifting dynamics of global emissions—with China surpassing the developed world for the first time—means that meeting the Paris goals will require significant and rapid action from all countries,” Kate Larsen told the Scientific American.

“What was President Xi’s commitment at the summit? He said that China would ‘strive to peak carbon dioxide emissions before 2030.’ Let us let that sink in. In other words, President Xi committed to increasing GHG emissions over the next 10 years. This is from a country that contributes to 28% of global emissions, and is rising every day, compared to Canada’s 1.5%,” said Cooper.

While the Trudeau government plans to raise its carbon tax to $170 a tonne by 2030, Conservative Party Leader Erin O’Toole unveiled his own carbon pricing plan last month despite promising to axe Trudeau’s federal carbon tax.

According to O’Toole’s carbon tax, Canadians will be allowed to withdraw from a government savings account and make purchases on government-approved green goods.

2017 Green Car of the Year sued for poor performance