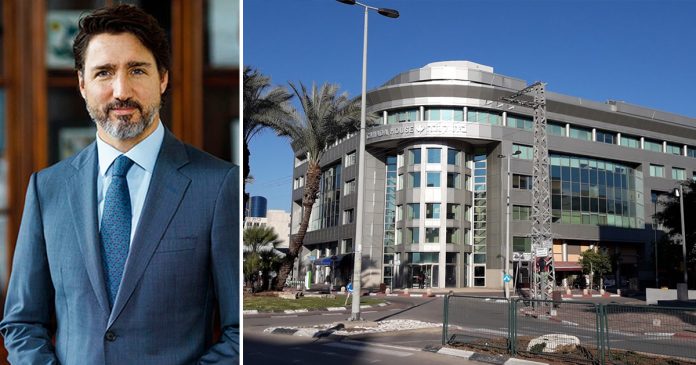 Global Affairs Canada prepared for a possible relocation of Canada’s embassy in Israel from Tel Aviv to Jerusalem, True North has learned.

In response to an access to information request about such a move, a Global Affairs Canada official said records do exist, but are protected by cabinet confidentiality.

“I have looked through the documents received from our respective program area and although the department did in fact prepare for a possible move of the Canadian Embassy to Jerusalem, the move did not happen,” the Global Affairs official, who works in the department’s access to information division, said.

“Since the relocation of the Embassy did not happen, many of the documents contain information for the preparation of the move and therefore all contain references to Cabinet.”

True North has not reviewed the documents in question, because cabinet documents are exempt from Canada’s access to information laws.

True North’s access to information request, filed in December of 2019, sought records from May to December of 2019 “related to the relocation of the Canadian embassy in Israel from Tel Aviv to Jerusalem.” No documents in connection with the request have been produced thus far.

Publicly, the Trudeau government has never deviated from Canada’s official position that its embassy should be in Tel Aviv as long as Jerusalem is contested by Israelis and Palestinians.

“Canada’s longstanding position is that the status of Jerusalem can only be resolved as part of a general settlement of the Israeli-Palestinian dispute,” a Global Affairs Canada spokesperson told True North. “We continue to support the building of conditions necessary for the parties to find a peaceful solution to the conflict. As the Prime Minister has clearly stated, Canada will not be moving its embassy from Tel Aviv to Jerusalem.”

Of the 90 foreign embassies in Israel, just three are located in Jerusalem, those of Guatemala, Kosovo and the United States. The American embassy in Jerusalem opened in May, 2018, after the Trump administration pushed for relocation.

In the 2019 Canadian election, Conservative leader Andrew Scheer vowed to relocate Canada’s embassy to Jerusalem. His successor, Erin O’Toole has made the same commitment should he become Canada’s prime minister.