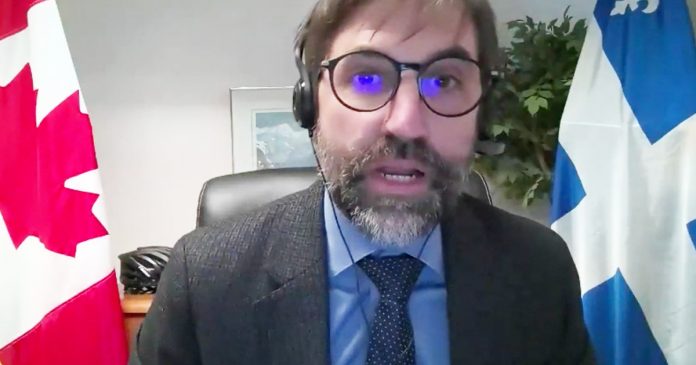 During an exchange in Question Period on Tuesday, Canadian Heritage Minister Steven Guilbeault cited a number of Canadian cultural organizations as supporters of Bill C-10 without revealing that they received government funds.

Guilbeault cited nearly a dozen French and English organizations that have spoken out in support of the Liberal government’s Bill C-10 in response to a question by Conservative Party MP Alain Reyes.

“The only reason we’re in this mess is because of his inability to deliver a decent bill. If his latest public statements are any indication, he’s doing nothing to dispel people’s doubts. Why does the minister insist on playing petty politics with free speech advocates as he just did by attacking freedom of expression?” asked Reyes in French.

“I want to thank my honourable colleague for giving me this opportunity to name some of the many organizations that have already supported Bill C-10,” replied Guilbeault before listing a number of friendly organizations.

Included in Guilbeault’s list of supporters were at least four organizations that have received thousands in federal grants since Prime Minister Justin Trudeau was elected in 2015.

“This financial support enables the recipient to undertake new or expanded international business development promotion activities, in a given sector, for the benefit of its entire industry (member and non-member firms),” wrote the funding agreement description.

Similarly, the Quebec English Language Production Council was also referenced as supporters of the bill. The Council is a member organization of the Quebec Community Groups Network which has received a whopping $5,433,749 from Canadian Heritage between 2017 and 2019.

Another group cited by Guilbeault was the League of Canadian Poets, to which the government endowed $67,088 between 2016 and 2018.

Guilbeault also once again cited the Coalition for Diversity of Cultural Expression as supporters for the bill despite past reports revealing that the organization received a federal grant from the Liberal government totalling $375,000 in 2019.

According to Guilbeault, the purpose of the law is to modernize the Canadian Broadcasting Act and protect Canadian content creators.

Guilbeault is currently facing backlash for Bill C-10 after a Liberal-led committee voted to slash an amendment from the legislation which was designed to protect the content of ordinary users from being subject to CRTC regulation.