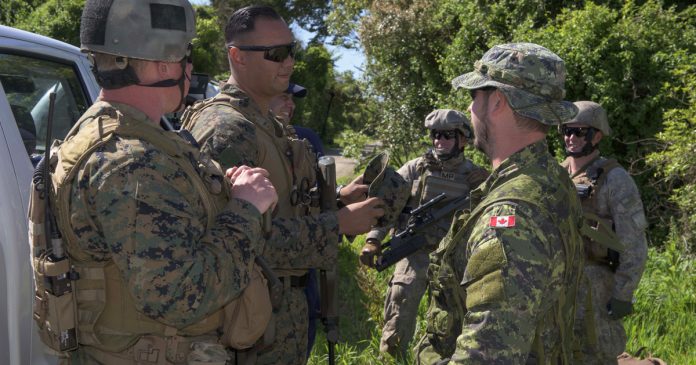 New Zealand troops currently stationed in Canada are “now a priority” for vaccination by the Canadian Armed Forces (CAF), according to New Zealand’s Minister of Defence.

Defence Minister Peeni Henare made the claim in response to a written question by New Zealand MP Chris Penk, who asked on April 29 why New Zealand Defence Force (NZDF) personnel stationed in Canada were not vaccinated as of March 2021.

According to Henare, NZDF troops in Canada were sent to the country before vaccinations even began in their home country.

The CAF did not respond to a request from True North by deadline, but this story will be updated if this changes.

According to the CAF’s official vaccination page, high-priority Canadian troops began receiving the Moderna COVID-19 vaccine in early January 2021, with the goal being to vaccinate as many priority CAF personnel as possible by August of 2021.

The priority groups do not include foreign troops stationed in Canada. In fact, the page makes no reference to this group at all.

At the top of the CAF’s five “priority groups” are CAF personnel who are frontline healthcare providers or members who have health conditions that put them at risk for severe COVID-19 infection. The second priority group is similar to the first, while also including first responders and those involved in delivering vaccines.

Meanwhile, in the third and fourth group CAF personnel who provide essential functions are to be vaccinated next, followed by members engaged in training and education. Included in the last wave of vaccinations are any remaining CAF members who have yet to be vaccinated.

According to New Zealand outlet 1News, six members of the New Zealand navy stationed at a Vancouver base tested positive for COVID-19 in April of this year. The report notes that 103 New Zealand naval members were living in accomodations near the base at the time.

Canada is faring slightly better at distributing second doses compared to New Zealand, with 3.41% of Canadians have been fully vaccinated while only 2.49% of those in New Zealand.

Despite this, New Zealand has been able to have a considerably milder COVID-19 pandemic and is currently moving towards restarting its economy after it had agreed to re-open its border with Australia.

Earlier in the week, Prime Minister Justin Trudeau said most Canadians should brace for a “one-dose summer,” given delays in amassing enough of a supply of vaccines to fully inoculate Canadians who wish to be vaccinated.