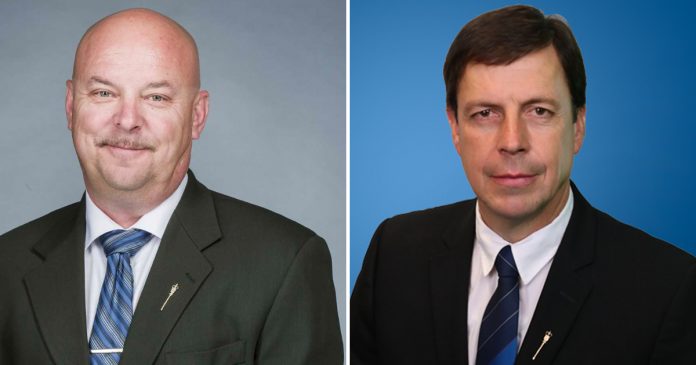 UCP MLA Todd Loewen is receiving support from at least one of his colleagues after calling for Premier Jason Kenney’s resignation in a scathing letter published early Thursday morning.

In his statement, Loewen announced he was resigning from his position as UCP caucus chair, stating that caucus cannot function properly under Kenney’s leadership.

“Many Albertans, including myself, no longer have confidence in your leadership,” Loewen wrote.

“Albertans perceive our government as out of touch and arrogant, and they expect our caucus to bring their issues of concern to the government. Many of us have tried to do so repeatedly only to be ignored and dismissed.”

Later Thursday morning, UCP MLA David Hanson wrote a Facebook post in support of Loewen, saying he has felt similar frustration from supporters. Both Hanson and Loewen were first elected under the Wildrose banner in 2015.

Kenney has faced criticism for his handling of various files, most notably the pandemic. In April, 15 UCP MLAs, including Loewen and Hanson, wrote an open letter criticizing Kenney’s decision to implement another lockdown.

Loewen wrote that UCP supporters are abandoning the party because of Kenney’s leadership. Rather than addressing the situation, Loewen claims the premier is sidelining and ignoring his MLAs.

“I no longer believe that caucus can function properly; meetings have been cancelled without members’ consent, significant decisions of government have been made without notice to members, and our input as elected members is rarely considered,” he said.

“When the premier chooses not (to) listen to caucus, is it any wonder why the people choose to stop listening to the government?”

“Our supporters and those I represent can no longer tolerate this. These folks have not abandoned the principles and values of the UCP, but they have abandoned you specifically.”

Loewen wrote that many other issues also motivated his decision to call for a change in leadership, including Kenney’s handling of negotiations with the federal government, healthcare, and coal mining.