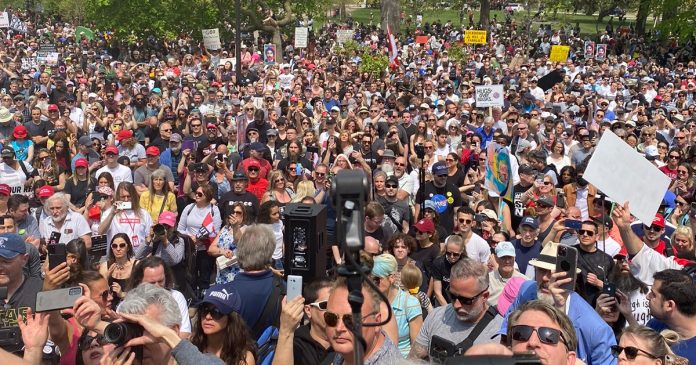 Despite the stay-at-home order enforced by the Ford government, Ontarians filled the streets and parks over the weekend.

Many people participated in protests, played sports and enjoyed the outdoors – all the while breaking the law. Ontarians have had enough of lockdowns and have shown they can make their own informed choices.