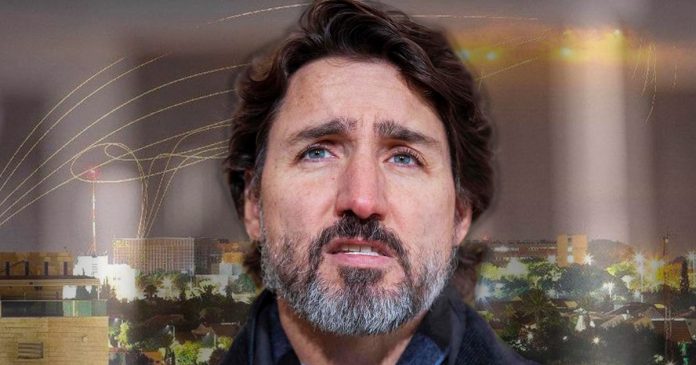 “This note is being written in the midst of a significant missile attack from Gaza so please forgive my brevity. I am trying to get this out before I have to run to another location.”

That was an email I received from a colleague earlier this week who is working in Israel. That country has fallen into a civil war against the terrorist insurgency group Hamas.

War is horrendous, and by nature both sides do terrible things to defend themselves and stop their enemy. People are killed, communities are destroyed and civilians get caught in the crossfire.

That being said, the two sides of this war are not equivalent.

On the one side, Israel is a liberal democracy trying to ensure peace, stability and freedom for its citizens. But no matter how much it tries to appease the other side — through negotiations, concessions, land transfers, good will and aid — it remains at war with its neighbours. That’s because the other side is controlled by Hamas, a terrorist organization whose stated goals have been described as a genocide against Jews.

The mood in Israel is somber, with social media full of reports of Israeli families (both Arabs and Jews) hiding for cover, praying for the violence to stop and condemning the war.

The mood in Gaza by contrast is celebratory. In videos posted online, you can hear people cheering and shouting “Allahu Akbar” while rockets are fired at Israeli communities.

While Israel targets terrorist agents and infrastructure, Hamas intentionally imbeds its military bases in densely populated civilian areas. They fire rockets from apartment buildings and maintain headquarters beneath a hospital.

Israel goes to painstaking efforts to avoid civilian casualties — they send text messages and drop leaflets begging civilians to leave — despite Hamas’s best efforts to create a human shield around its operatives.

Hamas, on the other hand, deliberately targets Jewish civilians while also putting Arabs at risk. My colleague wrote an email from a bomb shelter because Hamas’s strategy is to fire off hundreds of rockets simultaneously to overwhelm Israel’s Iron Dome defense system that shoots down rockets before they can hit Israeli apartment buildings.

Many of the Arab casualties in this war come from Hamas rockets that are misfired or fall short of hitting Jewish neighborhoods and accidentally land on Arab neighborhoods instead, a crucial fact that is often left out of media reports.

You wouldn’t know any of this from watching CBC or listening to the Trudeau government.

Prime Minister Justin Trudeau’s foreign affairs minister released a statement that can only be described as equivocal. It reads like a Conservative press release condemning Hamas, followed by an NDP statement demonizing Israel that had been stapled together.

The Trudeau government fails to show any sort of leadership, and instead speaks out of both sides of its mouth and avoids taking a side.

A report on the CBC National perpetuated a lie by saying Israel was the aggressor and Hamas was merely firing rockets back in self-defense. This inverts the timeline, as Hamas began firing hundreds of rockets into Israel 24 hours before Israel struck back.

One reporter called Gaza an “open air prison” — a common trope used to demonize Israel, who conceded the land to Arabs in 2005 only for them to expel all Jews and create a safe-haven for terrorists. Another CBC reporter justified Arabs throwing rocks at police, and neglected to mention that Arabs threw Molotov cocktails as well as bricks or that Israeli police were responding to Arab violence, not vice versa.

As classical liberal philosopher and statesman Edmund Burke once said, “the only thing necessary for the triumph of evil is for good men to do nothing.”

If Canada remains silent, or worse, portrays terrorist aggressors as victims, we are allowing evil to triumph.