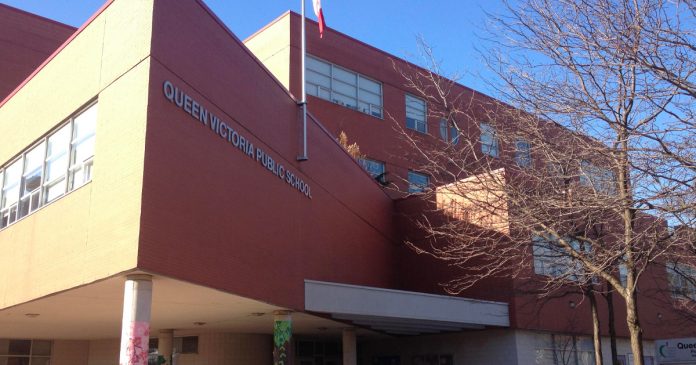 The Toronto District School Board’s (TDSB) Planning and Priorities Committee wants to begin the process to rename Queen Victoria Public School citing how some schools in the City are named after people with a “racist legacy.”

According to the request, the committee recommends a school renaming committee be formed to begin the name changing process.

“The School Council and the Black Student Success Committee have expressed an interest to begin the process of changing the school name. Under our current policies, a request of this nature can be initiated from a school or local community,” claims the request.

“The response from School Council has been excitement at the possibility of being able to engage in the school renaming process.The desire to have a new name is representative of a ‘fresh start’ for the school community amongst a range of other positive changes.”

The request, which is due to be up for consideration by the Board on May 19, 2021, cites an April 21 motion titled “Renaming Schools Celebrating the Diversity of Toronto” to justify the request for a change.

True North reached out to the TDSB for clarification and comment on the request but did not receive a response by the time this article was published.

According to the school’s website, Queen Victoria Public School was founded in 1887, at a time when Queen Victoria was the reigning monarch of Canada. The school was eventually rebuilt in 1999. The school serves students from Junior Kindergarten to Grade 8.

Last year, the school was at the centre of a racial controversy after a number of parents highlighted concerns about a threatening letter being sent to a black administrator at the school.

Following the incident, the TDSB was criticized for not doing enough to react to the incident and eventually the Board issued an apology for its handling of the matter.

Currently, the City of Toronto is also in the process of evaluating place names which it views as having problematic and racist histories.