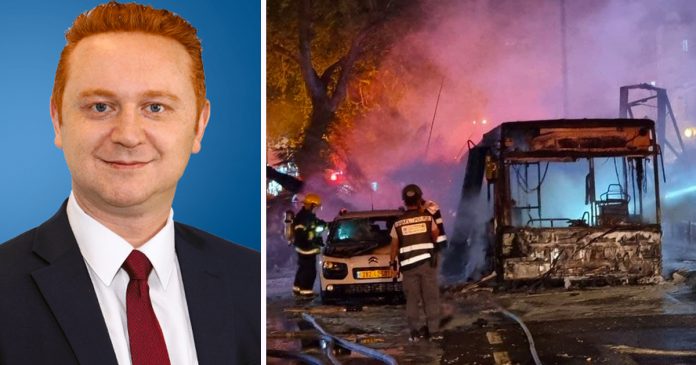 An Alberta UCP MLA is accusing Israel of “fundamental human rights violations” and calling on the Canadian government to intervene in its conflict with Hamas.

In a statement posted to Facebook Sunday evening, Calgary-Cross MLA Mickey Amery condemned what he called “violence against innocent and unarmed Palestinian worshippers and civilians.”

“The recent events unfolding at and around the Al-Aqsa Mosque are truly disturbing. The escalation and use of violence against innocent and unarmed Palestinian worshippers and civilians at Islam’s 3rd holiest site is indefensible,” Amery said. “The Government of Alberta does not have a foreign affairs policy, but as a humanitarian, a father, a husband and on behalf of those I represent as MLA for Calgary-Cross, I fully condemn this violence.”

Amery tagged Prime Minister Justin Trudeau and Foreign Affairs Minister Marc Garneau, calling on the federal government “to speak up, to intervene, and to work to restore peace to the region immediately.”

Amery did not mention Israel by name in his post, or address any of Hamas’ violence towards Israel. His office did not respond to a request for comment asking if he also condemns Hamas.

At a press conference Monday afternoon, Premier Jason Kenney said Amery does not speak for him or the UCP.

Kenney added that he was “concerned” about reports of anti-Semitic threats and behavior across the country, including in Edmonton. He referenced a video posted Monday morning by a Jewish man in Edmonton claiming he was questioned by a group of demonstrators as to whether any “Jews” lived in the area.

Amery wasn’t the only UCP official to criticize Israel. Calgary-North MLA Muhammad Yaseen said in a Facebook post it was “heartbreaking to see the escalating violence and breach of fundamental human rights in the Middle East, specifically in Gaza and the West Bank.”

“The loss of life of innocent men, women and children is never acceptable, even in war,” he said.

In response to an inquiry from True North as to whether Yaseen similarly condemns Hamas, an aide requested a phone number but did not call or otherwise respond.

Hamas militants continue to fire rockets into Israel as the latest flare-up reaches the one-week mark. Israel has been criticized by activists for airstrikes against Hamas targets in Gaza in residential areas, despite Israel’s provision of advance notice for evacuation.