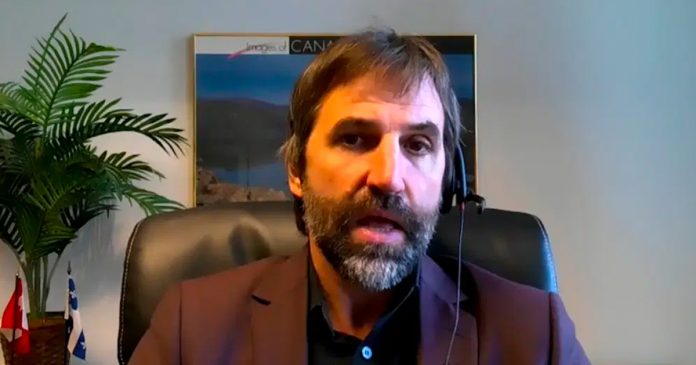 According to Blacklock’s Reporter, included in the signatories to the petition were CRTC ex-chair Konrad von Finckenstein, former CRTC commissioner Timothy Denton and former director general of telecom policy at the Department of Industry Leaonard St-Aubin.

A decision by Liberal members of the House of Commons heritage committee to strip Bill C-10 of an amendment which effectively protected user-generated content from CRTC regulation sparked national outrage over free speech concerns.

Experts, including University of Ottawa Professor Michael Geist, have been vocal critics of the legislation.

Yesterday, Geist appeared before the committee, where he called Liberal attempts to regulate the content of Canadains “entirely unworkable” and “a threat to freedom of expression.”

“I will speak to the freedom of expression implications in a moment, but must pause to note that no one – literally no other country – uses broadcast regulation to regulate user generated content in this way. There are good reasons that all other countries reject this approach,” said Geist during his opening remarks.

Earlier this month, the Justice Ministry put out an updated charter statement which claimed that the bill still abided by Canada’s Charter of Rights and Freedoms despite the amendment’s removal. However, according to Geist, the statement did nothing to address concerns experts have repeatedly raised about the bill.

“From a Charter perspective, the statement issued by Justice last week simply does not contain analysis or discussion about how the regulation of user generated content as a program intersects with the Charter,” said Geist.

Liberal Heritage Minister Steven Guilbeault has responded to criticism of the bill by lashing out at opponents and accusing critics of the bill of playing into an “extremist element” of the Conservative Party.