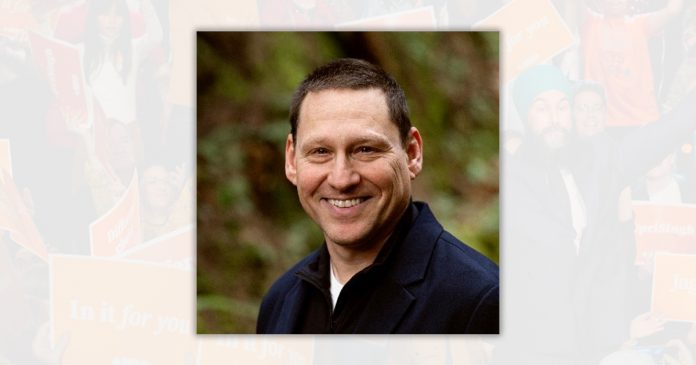 Eco-activist and filmmaker Avi Lewis is set to be acclaimed as an NDP candidate ahead of the next federal election.

On Monday, Lewis announced he was seeking the NDP nomination for the riding of West Vancouver—Sunshine Coast—Sea-to-Sky Country. He is currently the only candidate for the party’s nomination.

Lewis comes from a family of NDP activists as the grandson of former federal NDP leader David Lewis and son of Ontario’s former NDP leader Stephen Lewis. He is married to author Naomi Klein.

In 2015, Lewis and Klein co-authored the Leap Manifesto, which calls for an immediate moratorium on Canadian energy projects and projects and mines owned by Canadian companies abroad.

Some principles of the manifesto were later adopted by the NDP.

“There is no longer an excuse for building new infrastructure projects that lock us into increased extraction decades into the future,” the Leap campaign wrote.

“The new iron law of energy development must be: if you wouldn’t want it in your backyard, then it doesn’t belong in anyone’s backyard.”

The Leap Manifesto was heavily criticized at the time for being impractical and was perceived by many as being anti-Western Canada for its attacks on the resource sector.

“For years in the climate movement, people have not believed that gigantic change is possible and yet the scientists say that to keep temperatures safe we need rapid, far-reaching, and unprecedented change in every aspect of society,” he said.

“We have a housing crisis, a transit crisis, and a pandemic that has revealed the shortcomings of our public health system.”

From 1998-2001, Lewis hosted his own show on CBC. Since then he has worked on films and documentaries, most recently a 2019 short film featuring American Congresswomen Alexandria Ocasio-Cortez.

Lewis will be running against incumbent Liberal MP Patrick Weiler.