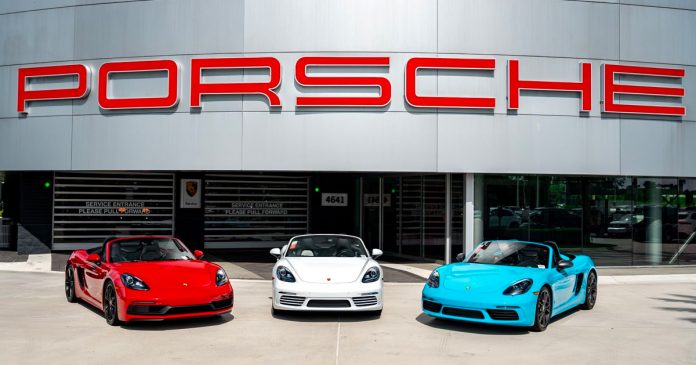 The Canadian Taxpayers Federation is calling on the City of Ottawa to cancel a $2.9 million grant to build a luxury “world-class” Porsche dealership in the city after it was approved by the finance and economic development committee.

According to CTV News, Mrak Holdings Inc. will be completing the project at 458 Montreal Rd. where an Audi dealership is currently located.

“The City of Ottawa should not be spending taxpayers’ money on any kind of corporate welfare,” said Interim Ontario Director for the Canadian Taxpayers Federation Jay Goldberg in an official press release.

“Ottawa could use this money to fix potholes or give families a bit of tax relief, but there’s no reason to give a subsidy to a dealership selling cars that cost more than most people make in year.”

Ottawa hopes to give the project a total of $2,910,171 which will be distributed in installments over a period of ten years through the Community Improvement Plan Grant.

Funds for the grant will be obtained by the city through an increase in property taxes in the area from $25,627 per year to $355,619 per year.

Ottawa Mayor Jim Watson fought back on claims that the funding was a grant claiming that it was an “investment” in the community.

“This is not a grant in the traditional sense where something is given and nothing is returned,” Watson said.

“This is an investment to act as a magnet to attract business to an economically challenged neighbourhood.”

A number of delegations appeared at the committee meeting to speak out against the project, including resident Henri Diotte who has lived in the area for 37 years.

“It may generate a bit of employment but I think the city should spend the money more wisely,” Diotte said.

Although the grant was approved by the committee, it still requires approval by city council during their next meeting on May 26.

“The Porsche dealership’s potential future owners claim that 20 new jobs will be created through opening this new dealership so the price tag for taxpayers is about $145,000 per job,” said Goldberg.

“Ottawa City Council is increasing property taxes by 3% this year. Hardworking taxpayers should not have to pay even more in taxes just to see council waste their hard-earned tax dollars on corporate welfare for a luxury car dealership.”