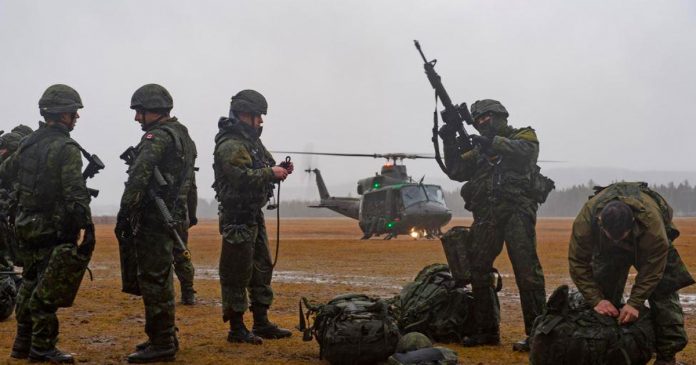 A soldier has been charged for allegedly giving cannabis-laced cupcakes to an artillery unit during a live-fire exercise.

Bombardier Chelsea Cogswell is facing 18 charges in a court martial related to the 2018 incident at CFB Gagetown in New Brunswick.

First reported by CTV, Cogswell is accused of giving members of the “W Battery” artillery unit cannabis cupcakes she baked herself. The unit was not aware of the cannabis and did not consent to consuming it.

The unit was engaged in a live-fire exercise at the time, and their intoxication put both themselves and others in danger.

“Several affected members were allegedly unable to properly execute safe weapons and explosive handling drills,” according to records from the military court.

“All the members of W Battery who consumed the cupcakes, except one, allegedly experienced symptoms which included dehydration, overheating, fatigue, confusion, dry mouth and paranoia.”

Cogswell was working the canteen during the exercise. She has served with the Canadian Armed Forces (CAF) since 2011 and remains a member.

Spokeswomen Wendy Wharton told CTV that such allegations have never been made against a CAF member before.

“A review of our court martial records indicate that this is the first time a member has faced a court martial for allegedly administering cannabis to colleagues without their consent,” she said.

Among the charges include nine counts of conduct to the prejudice of good order and discipline, eight counts of administering a noxious substance, and one count of behaving in a disgraceful manner.