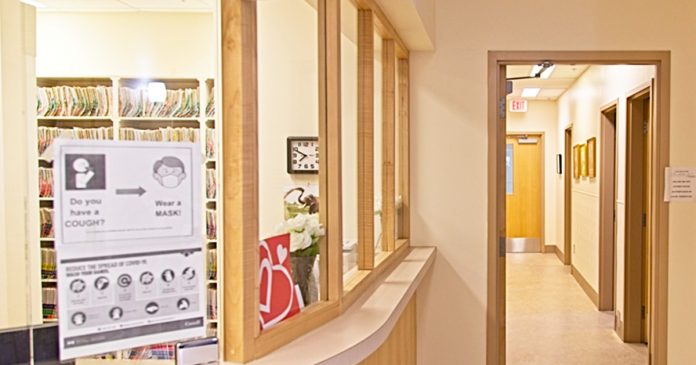 A local BC family doctor is claiming that he is being reprimanded by health officials after speaking out about alleged Moderna vaccine complications when administering the drug to patients.

According to Dr. Charles Hoffe from Lytton, BC, he was suspended from the St. Bartholomew’s Health Centre’s emergency shift due to the alleged “vaccine hesitancy” his claims have caused.

“On 29th of April, 2021, the Interior Health Authority suspended my clinical privileges, for the crime of causing  “vaccine hesitancy”, for speaking out about my vaccine injured patients.  So I am no longer allowed to work in the ER,” Dr. Hoffe told True North.

“I am still permitted to see patients in my private practice, which is not under the jurisdiction of the Interior Health authority, but I have effectively lost about 50% of my income. This is the price of advocating for the safety of my patients.”

“So in short, in our small community of Lytton, BC, we have one person dead, and three people who look as though they will be permanently disabled, following their first dose of the Moderna vaccine. The age of those affected ranges from 38 to 82 years of age,” Hoffe claimed in the letter.

His allegations were dismissed by Interior Health’s Kamloops-based medical health officer Dr. Carol Fenton, who said there have been “no deaths or lasting adverse reactions” connected to any COVID-19 vaccine in BC, let alone in the Interior Health region.

A community notice dated May 4 posted to the clinic goes on to allege that the removal of Dr. Hoffe would “leave a significant gap in physician staffing” at the hospital, however, Dr. Hoffe continues to see patients privately at his office which is attached to St. Bartholomew’s.

The notice was posted outside of the Lytton Medical Clinic, where Hoffe practices.

“These problems are further exacerbated by the fact that Interior Health Authority has also decided to reduce laboratory services in Lytton to 2 days per week. Apart from the negative impact on the quality of health care in Lytton, this will make recruitment of any new physicians extremely difficult.”

Neither the Interior Health Authority nor BC Health Minister Adrian Dix replied to inquiries from True North as to whether Dr. Hoffe is under investigation.

Recently, the College of Physicians and Surgeons of British Columbia put out a warning claiming that any doctors found to “contradict public health orders and guidance” would be subject to investigation and potentially regulatory action.

According to the College’s official website, privacy laws bar the organization from revealing whether there is an ongoing investigation regarding one of its members.