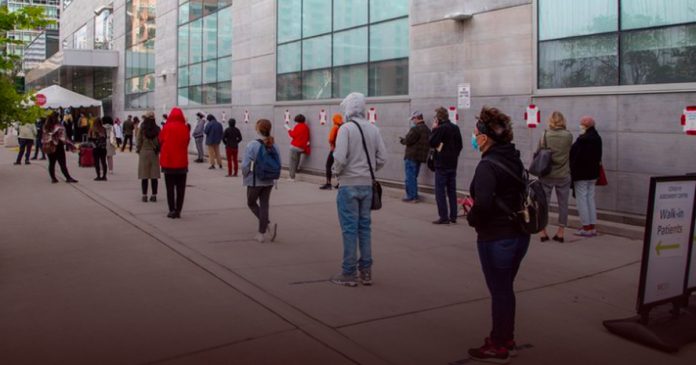 Albertans have been the most miserable during the pandemic, closely followed by Ontarians and Quebeckers, according to a new report from the MacDonald-Laurier Institute (MLI).

In the Provincial COVID Misery Index, MLI found that Canada’s larger provinces suffered from much higher rates of coronavirus and felt more harm from government lockdowns.

“Ontario, Quebec, and Alberta in particular have not only failed to keep COVID cases and deaths under control but have also been extremely reliant on reactive and stringent lockdowns and their economies have suffered disproportionately,” MLI wrote.

“When considering Disease Misery, Quebec is by far the worst of all the provinces on this measure, languishing under high caseloads, high COVID-19 deaths, and high excess deaths – and this dismal record is only partially mitigated by recent lower case counts.”

The Provincial COVID Misery Index measures the relative misery caused by COVID-19, the government response to the pandemic and the economic fallout, giving each a score of 0 to 100.

MLA attributes Atlantic Canada’s low misery scores to the province’s ability to keep travellers out of the region.

With the Trudeau government refusing to close the border for weeks in 2020, larger provinces with international airports received most of the brunt of the initial positive cases.

MLI senior fellow Richard Audas said that earlier action to close the border could have resulted in fewer cases and fewer restrictions for larger provinces. MLI also suggests that the ideological commitment to lockdowns by some health experts may be contributing to the prolonged misery.

“Lockdowns were originally pitched to Canadians as a magic bullet,” said Audas, who also designed the Provincial COVID Misery Index.

“Unfortunately, while the disease itself is predictable, human behaviour is not.”

In a previous index ranking the misery felt in fifteen developed nations, MLI ranked Canada fifth most-miserable, largely due to the economic impact of lockdowns.