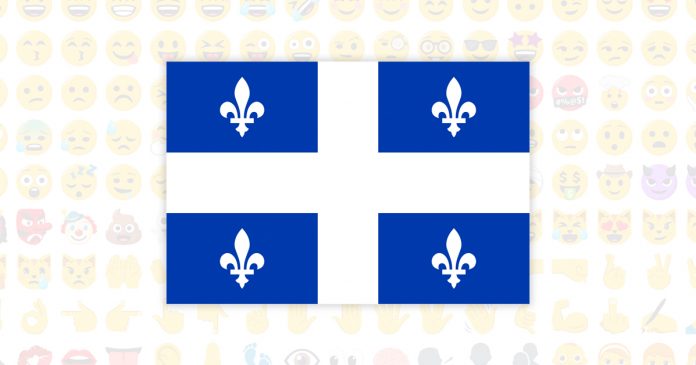 The National Assembly of Quebec has unanimously passed a motion calling on tech companies to create a Quebec emoji.

On Wednesday, Quebec’s legislature passed the non-binding motion without debate. The motion was put forward by the Parti Québécois.

Parti Québécois leader Paul St-Pierre Plamondon called the motion a “small gesture” with significant symbolism, while also complaining that other non-independent places like Scotland have their own emojis but Quebec doesn’t.

“Quebec has the same right as several other nations around the world, the right to be proud and display this pride on social media,” he said before the vote.

The motion calls on the Unicode Consortium, the international organization that regulates internet language, to create a Quebec emoji “as soon as possible.”

Members of the Unicode Consortium include Google, Microsoft and Facebook. Plamondon says he will also write a letter to Facebook to try to expedite the process.

According to the consortium, a request for a Quebec emoji was already made in 2019, with the request still “under consideration.”