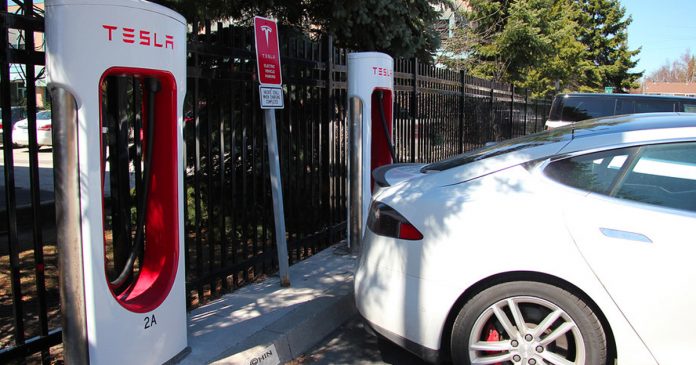 New data shows that out of the federal government’s $300 million worth of rebates for electric vehicles, at least a third of the funds went towards buying Tesla cars.

According to CP24, out of the entire subsidy package, $102 million worth of the rebates went to Tesla while the other $296 million was distributed among dealerships selling other electric vehicle makes.

“To date, consumers who have purchased the Tesla Model 3 represent approximately 25% of the total (program) claims. The Tesla Model 3 is the best-selling electric vehicle in the world,” said Transport Canada spokesperson Cybelle Morin in a statement.

Following Tesla, Hyundai and Chevrolet electric cars were the next popular vehicle brand.

According to senior associate researcher on energy issues from the Montreal Economic Institute Germain Belizile, the subsidy is not the best way to reduce emissions.

“It’s like cellphones. Cellphones have existed for a long time, but very few people used cellphones 35 years ago, for example, and that’s because they were very expensive and we didn’t need subsidies to eventually increase the usage of cellphones,” said Belizile.

According to government data, the Liberal government missed their 2020 greenhouse gas emissions targets by nearly 99%.

As covered in the documentary, the federal Liberals recently partnered with the Ontario government to invest a combined $590 million in a Ford plant in Oakville to build an electric car plant.