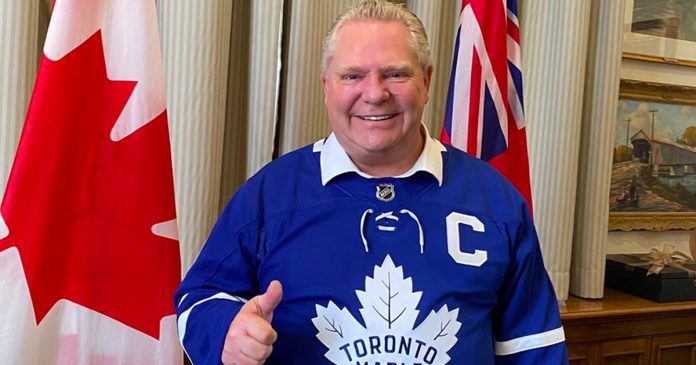 The Ontario government has changed its mind about allowing healthcare workers to attend the highly anticipated Game 7 between the Toronto Maple Leafs and the Montreal Canadiens.

The decision is a sudden change of heart for the Ford government, which had previously made it clear they were not going to allow spectators to watch the game in-person.

In a statement on Monday, Premier Doug Ford praised Ontario’s healthcare workers for their sacrifices during the pandemic and said that 550 fully vaccinated people gathering in the Scotiabank Area will pose “minimal risk” to public health.

The move comes after Quebec allowed 2,500 people to attend Game 6 inside Montreal’s Bell Centre on Saturday.

On Sunday, Brampton Mayor Patrick Brown launched a petition calling for Ontario to allow 2,500 healthcare workers to attend the game.

“Given the fact that a large number of our essential workers and healthcare workers who have given so much over the last year are fully vaccinated, this would be a way to give the Maple Leafs a boost,” Brown told CP24.