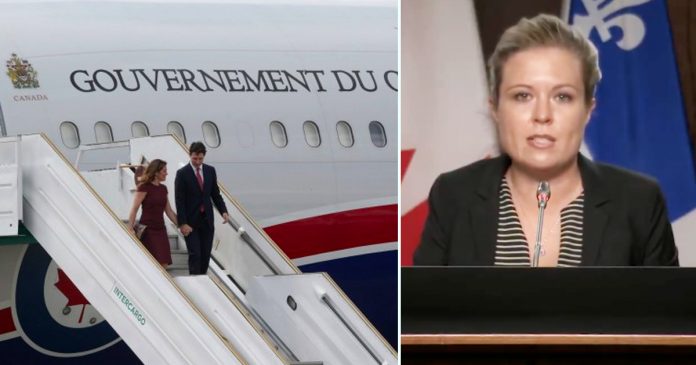 The Conservatives tabled a motion in the House of Commons on Friday which they hope will require Prime Minister Justin Trudeau to quarantine in a federally designated hotel after returning from the upcoming G7 meeting in the United Kingdom.

The motion which was announced by Conservative MP and Health Critic Michelle Rempel Garner calls on Trudeau and his delegation to not use taxpayer funds to accommodate themselves upon returning to Ottawa.

“That, in the opinion of the House, upon return from the G7 meetings in the United Kingdom, the Prime Minister and his delegation should quarantine at one of the designated hotel quarantine sites that every other Canadian has been subjected to and not require taxpayers to fund a special quarantine hotel in Ottawa, or listen to the government’s own COVID-19 Testing and Screening Expert Advisory Panel and immediately scrap the mandatory hotel quarantine program,” the motion reads.

According to recent reports, the Liberal government confirmed that a hotel was currently being specially prepared for Trudeau and his staff so that they can quarantine upon arriving in Canada.

In a press conference following the tabling of the motion, Rempel pointed out the hypocrisy of forcing Canadians to pay for and use the federal quarantine hotels while the prime minister gets his own private accommodations.

“Today we learned that the Prime Minister of Canada Justin Trudeau intends to travel internationally and then avoid the quarantine hotel program that every other Canadian has been subjected to,” said Rempel.

“This is a slap in the face for every Canadian who has struggled with this program over the last several months. This program is unsafe – it should have been scrapped a long time ago.”

During the early stages of the program, reports of sexual assault in the federal quarantine hotels were revealed.

In response to questions about why such incidents were allowed to take place, Liberal Health Minister Patty Hajdu stated that the hotels were put into place in order to “protect Canadians.”